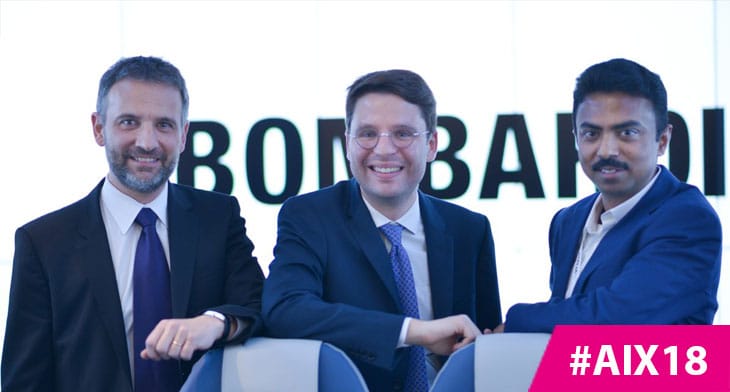 AIX 2018: SpiceJet lightens up with Expliseat..

New lightweight seats to be installed on up to 50 of Indian carrier SpiceJet’s new Bombardier Q400 fleet will help the airline save around US$100,000 annually per aircraft in terms of fuel savings.

The new Expliseat ultra-light TiSeat E2 seats weighing 5 kg each were unveiled on Bombardier’s stand at Aircraft Interiors Expo (AIX) in Hamburg, with France-based Expliseat’s CEO, Benjamin Saada, saying its design using composites and titanium equated to a 400 kg weight saving on each of the 90-seat turboprops. The seats were designed with the help of French car maker Peugeot.

Bombardier Commercial Aircraft’s Patrick Baudis, vice-president and head of marketing, said: “This seat is not light, it’s very light! That equates to a tremendous saving with a 1% lower fuel burn due to the lighter weight, which is approximately $100,000 per year, just because the seats are so light.”

He added that the Q400 was already a very comfortable turboprop, and that with the launch of the 90-seat version, “We started to see a lot of interest in the market place.”

SpiceJet is the launch customer for the high-density 90-seat version of the Q400, ordering an initial 25 in September last year, with options for another 25. The total order value is put at up to US$1.7 billion.