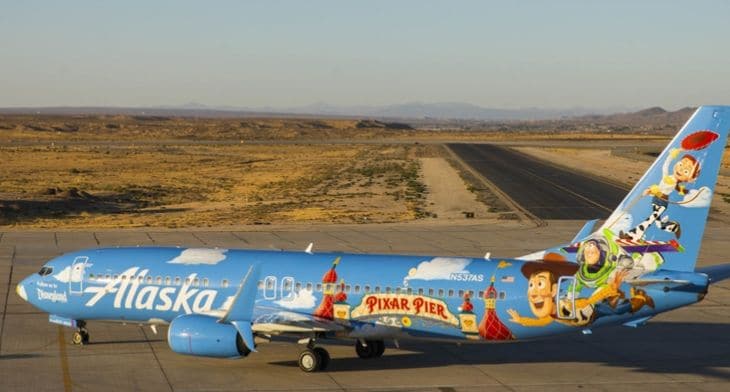 Alaska Airlines has showcased its latest special-edition aircraft livery in a tribute to Pixar Pier at Disney California Adventure Park.

The livery references Pixar Pier, a reimagined land at the Disney park, with a trio of Toy Story characters, an Alien from the movie on both winglets and Rex the Tyrannosaurus at the boarding door.

“There’s nothing better than landing happy on the way to The Happiest Place on Earth,” said Natalie Bowman, Alaska Airlines’ managing director of brand marketing and advertising. “The Disneyland Resort is one of our signature West Coast friendships, and we love that we can celebrate Pixar Pier by taking these iconic characters on a brand-new adventure.” 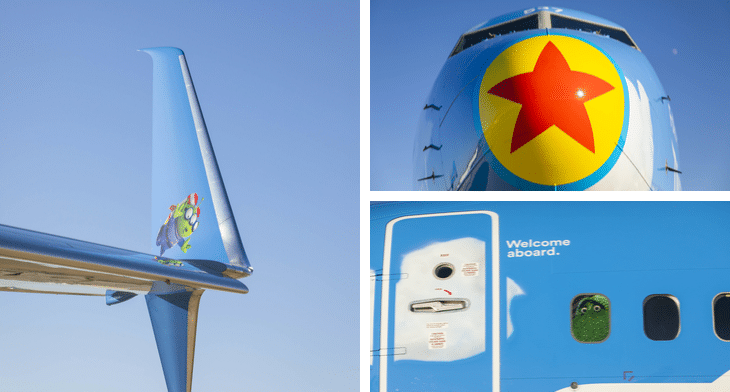 The design is a collaboration between the Alaska, Disney and Pixar teams, and the aircraft began flying throughout the airline’s route network on 7 October.

The exterior of the aircraft required more than 2,800 work hours over 24 days, using more than 50 gallons of paint in 44 primary colours and custom shades in order to completely repaint the aircraft.