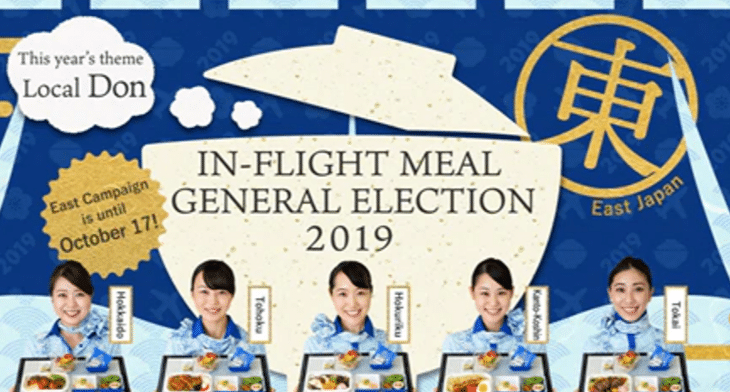 For another year All Nippon Airways is inviting the public to vote on which dishes will be added to its in-flight menu for its Premium Economy and Economy Classes.

The new possible additions up for the vote are all Donburi, a traditional Japanese rice bowl dish. Last year’s competition was based around curry dishes.

All ten dishes have been created by ANA’s ‘The Connoisseurs’ chef team and aim to capture the local flavour of 10 distinct Japanese regions.

“We are always looking for new ways to give our passengers a voice and inviting their input on the services that we offer in order to create a more responsive airline,” said Hideki Kunugi, executive vice-president of ANA. “Voting via the internet and social media platforms is a fun way for the public to make their opinion heard and ensure that our offerings align with their interests. ANA will continue prioritizing consumer input as we align every aspect of the in-flight experience with passenger needs.”

Running since 2013, the competition will involve two different voting periods to choose top dishes from both eastern and western Japan.

The result will be four winning dishes, two from each part of Japan which will be served on Premium and Economy Class international flights departing from Japan, starting in March 2020.