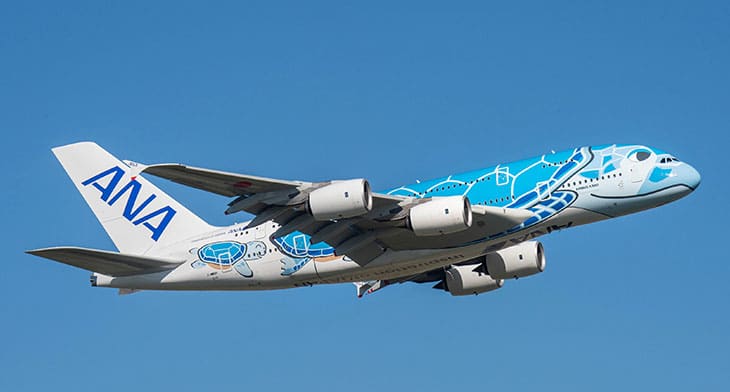 All Nippon Airways (ANA) has received the first of its three Airbus A380 aircraft, confirming it will enter into service on 24 May.

The airplane is designed to provide maximum comfort to up to 520 passengers on this popular route with its premium layout seating. The upper deck is home to eight First Class suites, 56 Business Class seats that convert to fully flat beds and 73 Premium Economy seats. The main deck will have 383 Economy Class seats, including 60 couch seats – the first for a Japanese airline.

Each couch is comprised of three or four seats and passengers are able to lie on the seats by folding up the leg rests. In addition to expanded passenger space, the aircraft offers heightened internet options as well as other advanced in-flight entertainment features.

“We will commit all three of our Airbus A380 to the Tokyo Honolulu route with the goal of introducing a new level of luxury service to our passengers flying ANA on the number one resort route for Japanese travelers,” said Shinya Katanozka, president and CEO of ANA HOLDINGS INC.