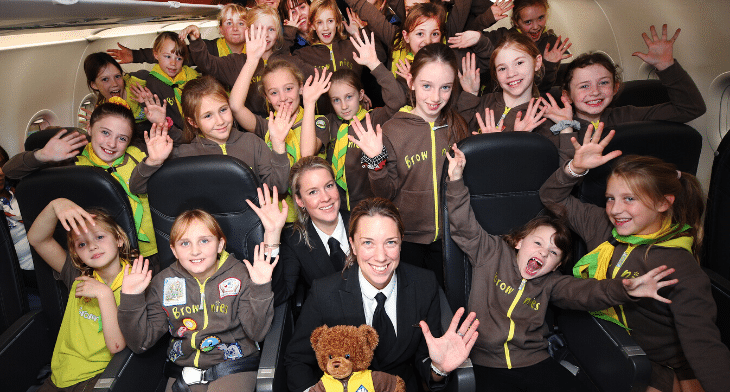 Brownies hold first ever meeting on a plane

An all-female team of easyJet pilots showed the Brownies what life is like in the flight deck.

easyJet sponsors the Aviation badge for Brownies. Over 18,000 girls have already completed the badge or are working towards it.

easyJet and Girlguiding, the leading charity for girls and young women in the UK, have celebrated hosting the first ever Brownie meeting on a plane.

Brownie Florence, 8, said: “I already have my Aviation badge so going in the flight deck was really exciting. It was interesting speaking to the pilots and finding out what it’s like to fly a plane. I never thought being a pilot was something I could do when I’m older, but now I do.” 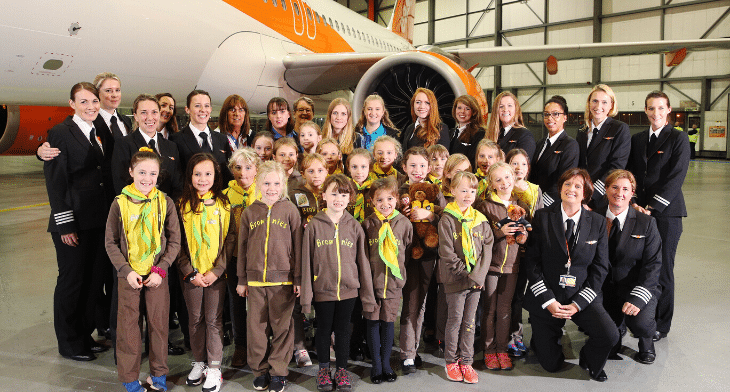 easyJet and Girlguiding joined forces in 2018 with the airline sponsoring the Aviation badge for Brownies. The badge launched last year as part of Girlguiding’s biggest ever overhaul of badges and activities, to equip girls with skills and knowledge they can use now and in the future. So far, over 18,000 girls have completed the Aviation badge or are working towards it.

To earn the badge, girls are challenged to think of 40 things that fly and put their engineering skills to the test, creating their own aircraft experiments with different building materials, structures and launch techniques. At the end of their visit, Brownies Alice, Ephelia and Zara were presented with their Aviation badges on board.

easyJet first officer Stephanie Burn said: “Growing up, becoming a pilot still wasn’t something that was advertised as a possibility to young girls. Today I feel proud to help to change this for the next generation and although there is still a way to go we are making significant strides through the Amy Johnson Initiative by meeting with schools and working with Girlguiding to break down barriers and dispel outdated gender stereotypes.”

Kat Lee, head of Youth Programmes, said: “Girlguiding and easyJet want to break down barriers and inspire the next generation of women pilots. Its fantastic girls met pilots and learned more about the job. Having visible role models is an important part of showing girls this is a career for them.”