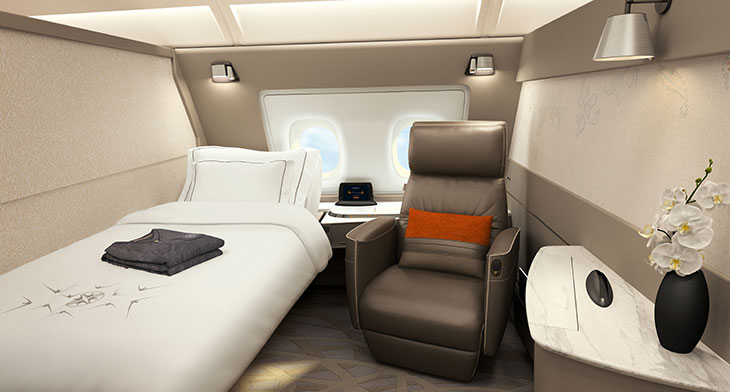 Inflight’s Kimberley Young provides a summary of the latest happenings across the IFEC and cabin technology industry.

At the end of a busy and successful week, the Inflight team are wrapping up our Inflight Asia-Pacific Pavilion, Workshop and Awards held in Singapore.

After insightful sessions discussing key topics ranging from deploying IFE and satellite communications, to ancillary revenues and the effects of ultra-long-haul flights, the event was rounded off in style with the Inflight Asia-Pacific 2018 Awards, recognising outstanding contributions to passenger experience across the in-flight entertainment, connectivity and cabin technology sectors.

With such strong contestants for the awards the judges faced a challenge to select the winners from the shortlisted nominees, representing the best of innovation in the region this year. Singapore Airlines claimed the crown for ‘Inflight airline of the year’ for its investments in the passenger experience over the past year. The airline also struck gold with a second win, taking the award for ‘Commercial airline cabin’ for its A380 aircraft cabins, particularly its luxury suite products (as pictured).

Our congratulations to all the Inflight Asia-Pacific Award winners for 2018 and all our shortlisted finalists. Our thanks also go to everyone who was part of the event, and all who joined us for the workshop sessions.

Celebrations abound across the industry this week, with several developments in aircraft projects and airline innovations making the headlines.

The airline has also invested in new cabin features onboard the new Dreamliner with lighting patterns to aid sleep and new seatback entertainment systems among the additions.

Equipped with an advanced entertainment system, the mock-up showcases two rows of first class, three rows of business class and four rows of economy class seating. The aircraft’s interiors draw on Sino-Russian cultural and contemporary references for their design inspiration.

Design company tangerine provided the design concepts for the cabin interiors. Its head of China business, Weiwei He, commented: “It was important to explore the potential for developing new experiences for both passengers and cabin crew alike. We hope that our strategy will inspire the CR929 to leverage design as a core competence to succeed in the wide-body aircraft competition.”

After our own Inflight celebration of innovation in the cabin experience, it is great to see more airlines and manufacturers celebrating new products and service offerings this week.