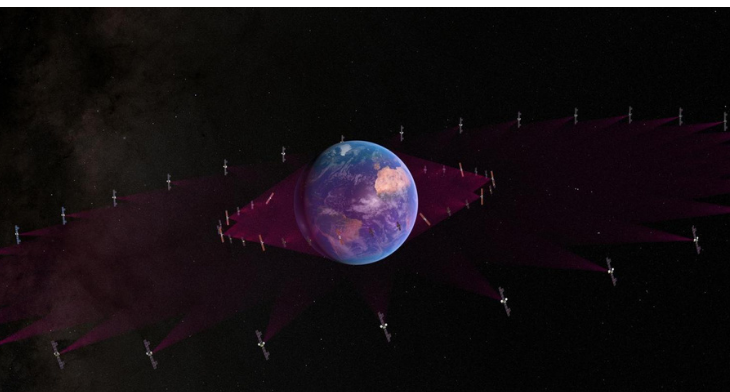 ESA and SES to enable GovSatCom with medium-Earth orbit constellation

Satellite company SES has revealed its non-geostationary medium-earth orbit (MEO) satellite network will now be part of the GovSatCom-grade satellite communications platform that it has developed with the co-funding by ESA.

The agreement will see the technical integration of the non-geostationary satellites in MEO into the platform, enabling users with even higher performance thanks to the SES’s first MEO constellation, O3b, and its upcoming second-generation MEO system, O3b mPOWER.

“As Europe and its key entities and institutions seek an increasingly resilient, autonomous and quickly accessible satellite communications service, we are working closely with the industry leaders to make this a reality. In this case, the SES’s existing GEO platform is extended to MEO to provide service for high-workload needs for governments,” said Elodie Viau, Director for Telecommunications at ESA. “I am proud that the initial pooling and sharing system developed in PACIS-1 now makes the next step and becomes multi-orbit, through integrating the best of commercial satellite innovation for the benefit of Europe.”

“With the integration of the MEO capabilities in the GovSatCom-dedicated REACH platform – namely the O3b and second-generation O3b mPOWER system – government and institutional users in Europe will be able to enjoy the benefits of a multi-orbit satellite network as they efficiently utilise the right type of satellite network for the right application,” said Philippe Glaesener, Senior Vice President for Defence, Security and Institutions at SES. “We not only provide the secure satcom service but also make sure that our government and institutional customers have the necessary level of control, while accessing the most innovative and performant systems that exist on the market.”