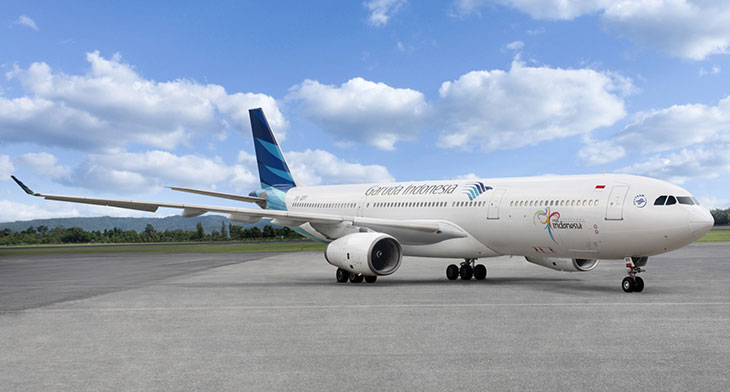 The agreement extends Mahata’s existing 10-year contract with low-cost carrier Citilink, also part of the Garuda Indonesia Group, for the broadband solution, which went live on the first Citilink aircraft earlier this month.

Gaurda is scheduled to introduce its service later this year.

More than 175 aircraft within the Garuda Indonesia Group will now be equipped with GX Aviation, including Airbus A320s, Airbus A330s, Boeing 737s and Boeing 777s. Lufthansa Technik will manage hardware, engineering, installation design and certification for the project, while Lufthansa Systems is responsible for software platform and integration, based on its BoardConnect´s open architecture.

Philip Balaam, president of Inmarsat Aviation, said: “Asia Pacific has become one of our biggest markets for GX Aviation. The fact that Indonesia’s national airline and low-cost carrier have both selected the service within months of each other is testament to GX Aviation’s status as the global benchmark for in-flight broadband.”

Garuda Indonesia president director, I Gusti Ngurah Askhara Danadiputra, said: “Connectivity has become a key requirement for people today, whether on the ground or in the air. We are excited, therefore, about the prospect of offering fast, reliable and consistent in-flight Wi-Fi to passengers with GX Aviation. As a Skytrax 5-star airline, it was important that we offered the best solution in the market and we look forward to working with Inmarsat, Mahata, Lufthansa Technik and Lufthansa Systems on the rollout.”