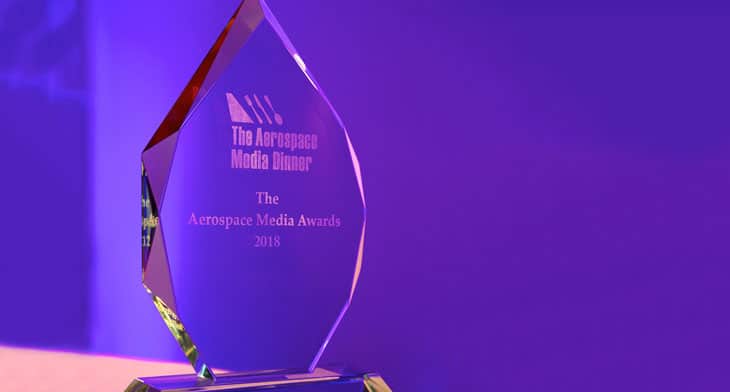 HMG Aerospace, publisher of Inflight, is on the final shortlist for three categories at the upcoming Aerospace Media Awards.

Alexander Preston, Inflight editor, has been shortlisted for the prestigious Bill Gunston Technology Writer of the Year award. Across his three years as editor, Alexander has spearheaded the publication’s rapid growth into the market-leading title covering aircraft cabin technology in the commercial and business aviation sectors.

Alexander has compiled numerous exceptional features delving deep into the world of in-flight entertainment and connectivity, outlining the steps airlines must take to remain competitive in 2018 and beyond. Preston’s knowledge, expertise and commitment to aviation technology has attracted the attention of several high-profile industry events in the Americas, Middle East and Asia-Pacific regions, allowing him to participate as a moderator and keynote speaker throughout the aviation calendar.

“Over 250 nominations were submitted for this year’s awards, so we are naturally delighted to make the shortlist in three competitive categories. These achievements are testament to the hard work and commitment shown by our entire team.”

Another member of the HMG Aerospace editorial team, Kimberley Levey, is up for “Best Young Journalist”. Kimberley’s Catching up with fuel efficiency article in LARA magazine captured the attention of judges, an outstanding achievement so early in her journalism career.

Just two months after joining HMG Aerospace, she produced an informative, topical and insightful article, completely self-generated and researched on a technical subject that many more experienced writers would find complicated to cover. Kimberley’s other duties include producing daily news content and recurring features for Inflight, LARA and Regional Gateway’s digital channels.

Alongside these individual nominations, HMG Aerospace has been shortlisted for The Innovation in Aerospace Journalism and Publishing Award, for the first time. The nomination recognises the outstanding digital growth achieved over the past 12 months across the LARA, Inflight and Regional Gateway media portfolios.

The launch of a new website yielded an extraordinary 600% increase in website traffic, with monthly digital impressions now exceeding 100,000 across the three brands’ online channels. This was coupled with a record number of new subscribers and exponential social media growth. 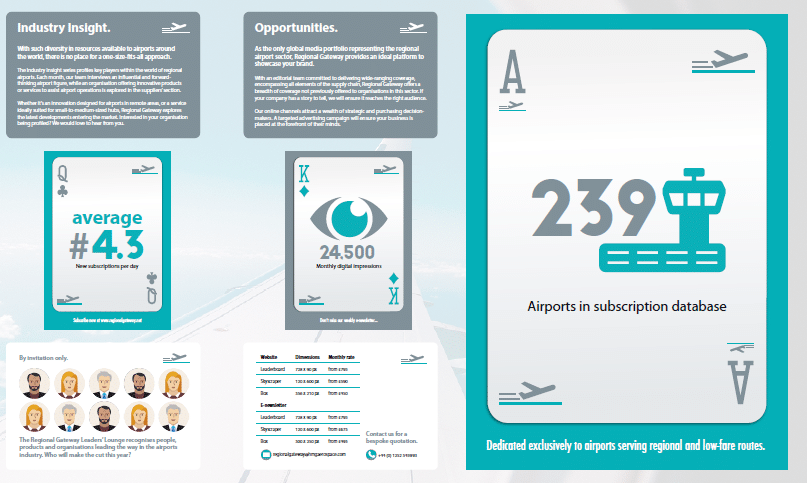 Ross McSweeny, marketing and communications manager, commented: “Over 250 nominations were submitted for this year’s awards, so we are naturally delighted to make the shortlist in three competitive categories. These achievements are testament to the hard work and commitment shown by our entire team. As a company, we continue to invest in innovative awareness campaigns, including expanding our industry event series, a ‘playing card’ media pack to launch the Regional Gateway platform and new weekly video content. We are delighted these initiatives have been so well-received by the industry and look forward to a celebratory evening in July.”

The winners will be announced at the Aerospace Media Dinner on Sunday 15 July, taking place at the Royal Aeronautical Society.