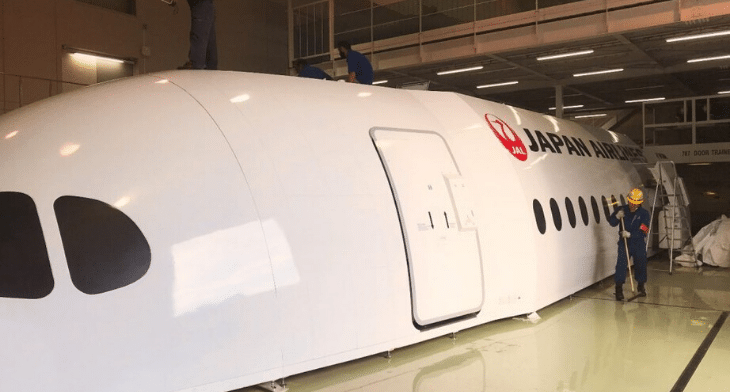 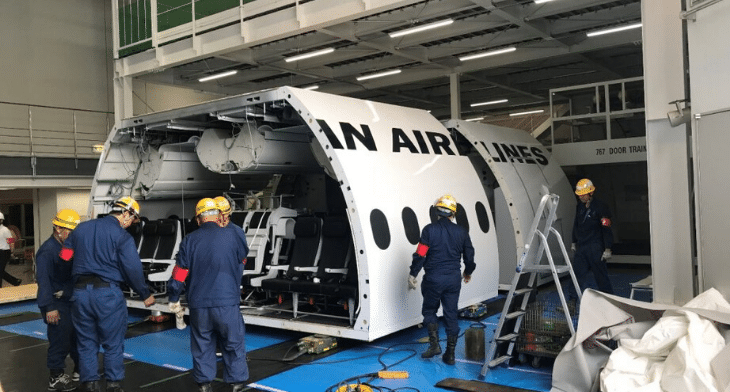 Japan Airlines’ new simulator is one of the most advanced that EDM have produced to date and has been designed and manufactured to represent the Airbus A350, which the airline has recently taken delivery of.

EDM’s cabin window visual system (SEPTRE) was fitted throughout the CEET, which is automatically synchronised to the selected training scenario, enhancing realism.

Four fully-functional training door positions were installed, each synchronised to EDM’s Virtual Slide Trainer fitted externally to each door which achieves a world-first training standard for EDM and Japan Airlines.

Other features include realistic, customised passenger seating and aircraft communications system throughout to represent JAL’s brand and aircraft alike. This increased fidelity will help cabin crew in broadening the training scenarios available to them and maximise knowledge retention due to experiencing such an immersive environment.

Prior to the delivery and installation of the CEET, EDM also installed a standalone A350 L1 Door Trainer to JAL, enabling comprehensive, flexible initial and recurrent training for all Cabin Crew rated for the aircraft type.