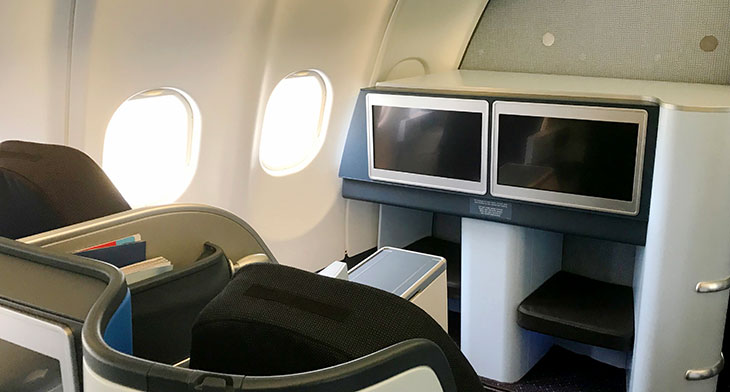 KLM has revealed its first Airbus A330-200 with a fully renewed cabin interior, the renovated aircraft operated its first flight to Abu Dhabi.

In addition to a new design, all seats in the World Business Class have been converted to full-flat models which are more than two metres long at full stretch.

A new in-flight entertainment system has been installed in the business class with 18.5” HD-quality touchscreen display in 16.9 format and interactive entertainment menu in 12 languages, featuring more than 200 films and 3D flight tracking – it also includes films with audio description for blind and visually impaired passengers.

By November 2018, KLM will have converted all seats in World Business Class to full-flat models.

Meanwhile the economy class cabin of the A330-200 has also been renewed, with replaced seats and new in-flight entertainment system including a 10” HD-quality touchscreen display in 16:9 format and with over 200 films, 3D flight tracking and audio description.