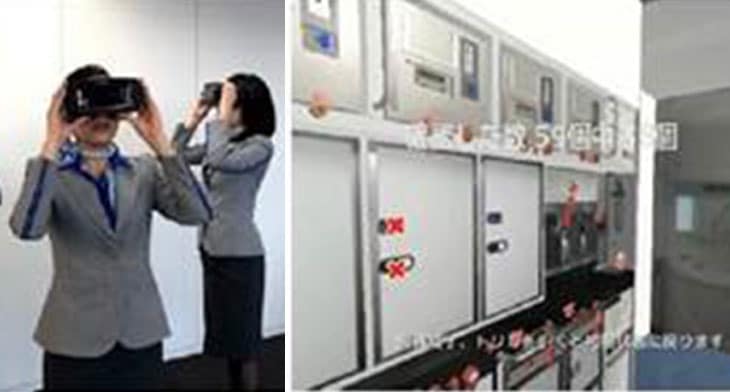 ANA is moving to update its training with the latest technology to ensure that all flight attendants are prepared for a wide range of in-flight scenarios. The entire VR program is part of a collaboration with NEC to provide an immersive and dynamic training environment that encourages flight attendants to think quickly and creatively.

“VR opens the doors to emergency training scenarios that we were previously unable to address in an interactive manner due to safety concerns,’” said Hitomi Yamamoto, executive vice president of ANA. “Instead of learning how to address these situations from a textbook in the classroom, flight attendants will be able to combat dangers in real time through accurate VR recreations. ANA has a legacy of prioritising customer safety and innovation, and this new generation of VR training will allow us to continue our leadership in both of these spaces.”

The VR training is an important first step in ANA’s partnership with NEC to build a “Virtual Work Place” that will streamline the future of work. This cutting-edge working environment utilises VR to eliminate limits on time and space while also allowing humans and AI to work together.

Going forward, ANA will continue exploring ways to harness the power of VR in order to improve service and heighten connections.