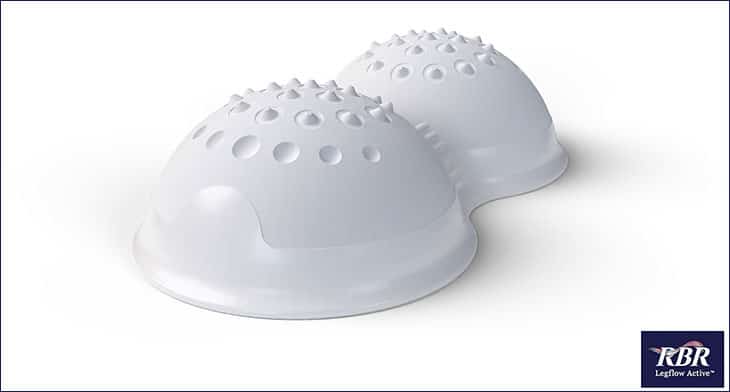 A potential solution to the risks posed by blood clots induced by long-haul flights is at hand following the development of a product helps improve the venous blood flow in the lower limbs of individuals when seated.

The RBR legflow is the brainchild of Paul Westerman who suffered a massive pulmonary embolism – the result of a deep vein thrombosis – in 2011 and has spent the last eight years researching the condition and working with experts within respiratory and thrombolytic medicine.

Westerman hopes that the device, which fits comfortably underfoot, will be introduced across all airlines and available in planes as standard.

“For almost 20 years, the medical profession has been aware that reduced venous blood flow in sedentary people was a key contributor to developing a deep vein thrombosis (DVT) and as a result, travelling by airplane was seen as the main culprit because people are forced to sit still in confined spaces for prolonged periods.

“The truth is DVT can – and does – affect people of all ages, from all backgrounds and is not just linked to flying but also other periods of immobility.

“Having said that, there has been little change in the basic design of commercial aircraft since the widespread introduction of jet propulsion 40 years ago.

“As a result, the anticipated reduction in flight times has not occurred and in fact, new technology has been utilised to develop ultra-long-distance sectors of up to 16 hours duration.

“This has resulted in more prolonged periods of progressively more confined seated immobility which might explain why DVT is still so often linked to travel.”

RBR active is now working with many international, long haul airlines to introduce the RBR legflow to their flights and to reduce the risk of DVT their customers are exposed to.

According to RBR, research has shown that this device markedly increases lower limb venous blood flow, thereby potentially reducing the risk of blood clots, in people who sit for long periods at work or with long distance air travel.