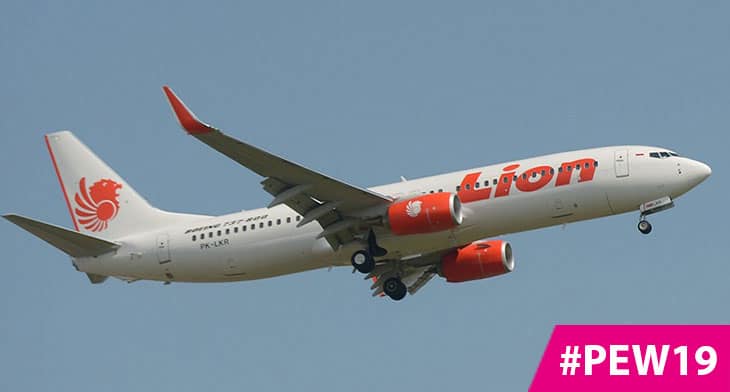 Indonesia’s largest airline and second largest low-cost carrier in Southeast Asia by fleet size, Lion Air Group’s agreement with AirFi covers the equipping of the entire group’s narrow- and widebody fleet (which includes ATR 42 and ATR 72, A320 and Boeing 737 and A330 and Boeing 747 aircraft) as well a new aircraft.

215 aircraft will be equipped in the first wave and the long-term contract also includes options to upgrade to AirFi LEO, lightweight connectivity.

Satish Mahtani, MD of AirFi Indonesia, called it a “landmark moment” for AirFi and an endorsement from Lion Air Group “to put AirFi at the heart of the onboard digital passenger experience at one of the world’s biggest carriers.”

He said: “Within our first year of operation, AirFi Indonesia has captured the majority of its home market.”

Within the rapidly growing Asia-Pacific market, AirFi says Indonesia is a stand-out market and IATA forecasts the country will rise from 10th largest today to number four in the world by 2030, with over 400 million passengers annually.

“I’m delighted that AirFi Indonesia and Lion Air will now begin the next stage in this journey together,” commented Martijn Moret, AirFi co-founder, EVP Commercial for Asia Pacific and Middle East.

He added that: “We first put down our roots in Asia over four years ago and now have our technology, operations and customer-facing teams established across five countries – most recently with the launch of our new regional HQ in Singapore. We rolled out AirFi Autonomous Operations technology last year, to radically simplify daily logistics and reduce costs and make AirFi a highly viable mainstream IFE option for larger fleets.”

With the agreement with Lion Air Group, AirFi’s Asia-Pacific client portfolio expands to 14 airlines and more than doubles aircraft numbers in the region to over 400.