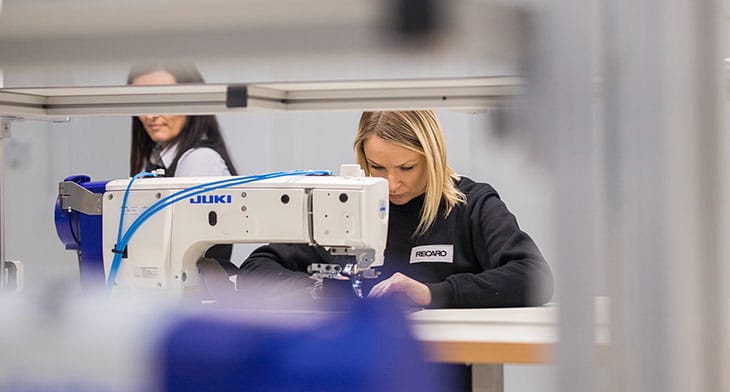 At a time when the global passenger seat market grew approximately 5%, Recaro grew its revenues by 22% to almost €600 million in 2018, the fifteenth consecutive year of double-digit growth.

According to Dr. Mark Hiller, CEO of Recaro Aircraft Seating: “2018 was a tremendously successful year for Recaro. Over the past fifteen years we grew approximately 10% annually, twice the rate of the market. Last year, however, we outperformed the industry four times and grew 22%. I am extremely happy to say we pulverised all our previous revenue records.”

Recaro will invest 10% of this revenue back into the company to fuel further growth in terms of facility expansion in Germany and globally, as well as extra investment in research and development.

To increase its footprint in the industry Recaro has also launched an ambitious space2grow project. This envisages expansion of the headquarters in Schwaebisch Hall and other locations over the next five years. Opening cut2dress, a new dress cover site in Poland in November 2018, formed part of the space2grow project. The first dress covers produced by this new site are already in the air.

Aiming to be an employer of choice, the success also enables investment in staff and creation of additional positions. Recaro hired 430 new employees globally in 2018 which brought the total number of staff to 2,600 people. In 2019 the company plans to increase the global headcount to approx. 3,000. In Germany alone the aircraft seat manufacturer will hire more than 100 employees.