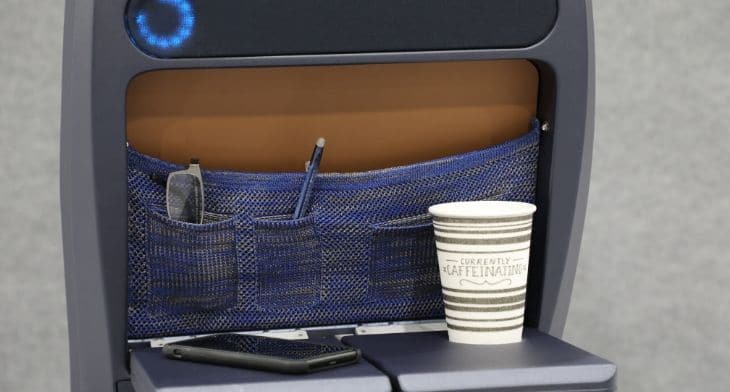 A team of partners, brought together by SEKISUI SPI have unveiled a seat back prototype at the Red Cabin Aviation Summit in London, drawing on aspects of a ‘dream’ economy seat described at a previous Red Cabin workshop.

Following a panel on the next generation of passenger experiences, in which Matthew Coder, onboard experience manager at Alaska Airlines described his dream economy class seat, Ronn Cort, president and COO of SEKISUI brought together panel members to take the dialogue from the event to inspire a seat back prototype.

Cort drew together Elina Kopola and Patrick McEneany of TrendWorks with Matt Malejko, appLab consultant, Rick Wood of ROLLON Corp, and Bernadette Chupela, SEKISUI SPI’s customer experience manager, to explore the possibilities of the seat in the company’s appLab.

The team drew on the idea of A/B testing for successful innovation, combining it with one of Alaska’s most well-known features, the Aurora Borealis and presented the finished prototype at the summit this week.

“It’s a full size, fully functional model we created in under six months. That speed is something that is impressive,” commented said McEneany. “It was the largest challenge coming out of the discussions at Red Cabin: We needed to break down silos, share ideas, and move quickly in a more iterative process, but at the end of the session, many people saying, ‘yeah, but that will never happen.’ Having the opportunity to work together on Ronn’s vision to show them was the most important thing to us throughout this process.” 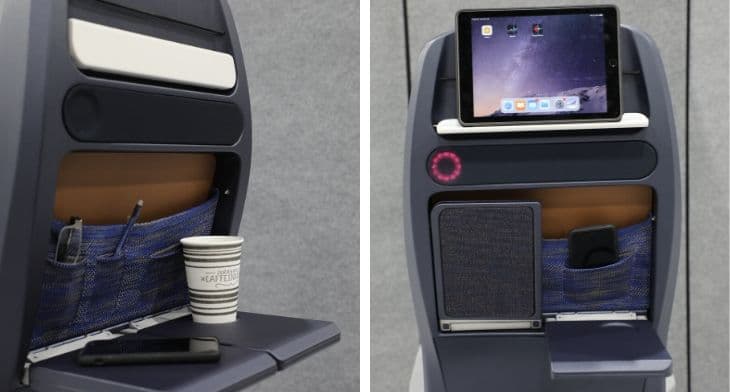 Kopola and McEneany from TrendWorks worked to introduce different elements of this wishlist, including a split tray table, a textured modular insert, an appBar including coloured light indicators, a media easel for personal devices, and soft storage for in-flight essentials.

“I wanted to take all the very diverse passenger needs into consideration to create something that was comfortable, yet practical,” explained Elina Kopola, founder/director of TrendWorks. “The combination of the beautiful pearlescent finish (of KYDEX® Thermoplastics) with some tactile elements to enhance the passenger experience was essential. The contrast of the 3D-knit fabric with the pearlescent seat shell was intentional to make the Aurora Borealis Seat Back feel more human.”

To work on the seat in practice, Machine Histories provided a seat form made of industrial foam, while SEKISUI SPI’s appLab provided a ‘playground’, the company said, with two CNC routers, a full-size pressure former, and a variety of precision equipment.

To create the custom mechanisms required for the split tray table design, ROLLON Corp fabricated the hardware, while Berwick Machine worked with the team to customise the hinge mechanism

“The most fun but challenging part is taking concepts and making them function. Taking a drawing to a reality while trying to foresee any issues has been part of my role for the past 30 years. It was interesting to do this as part of a larger team. Everyone wanted to help solve problems,” commented Matt Malejko, appLab Consultant.

Bringing the ‘super widget’ to life, came a one-of-a-kind creation, the appBar, by Aeolab, giving passengers access to current in-flight amenities. TrendWork’s McEneany commented: “We wanted to address Matthew Coder’s request to create a new opportunity for interaction between the flight, crew and passenger.” 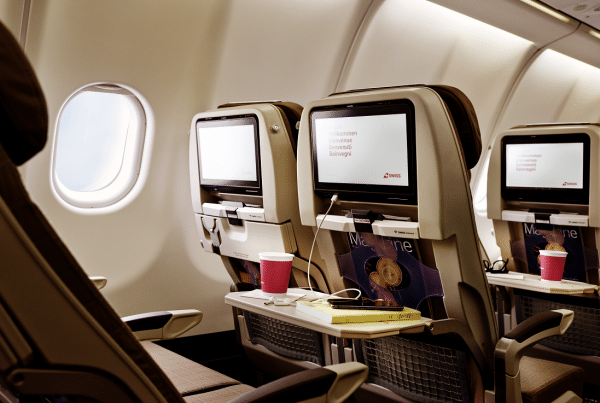 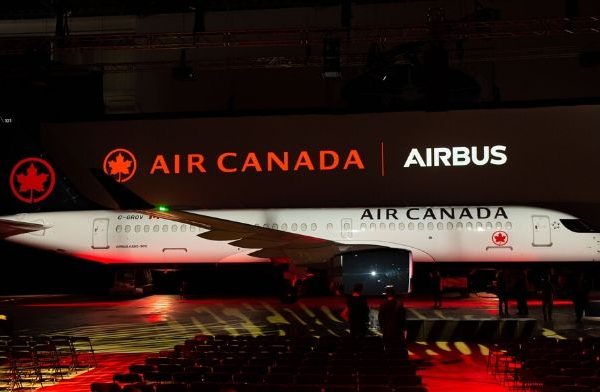 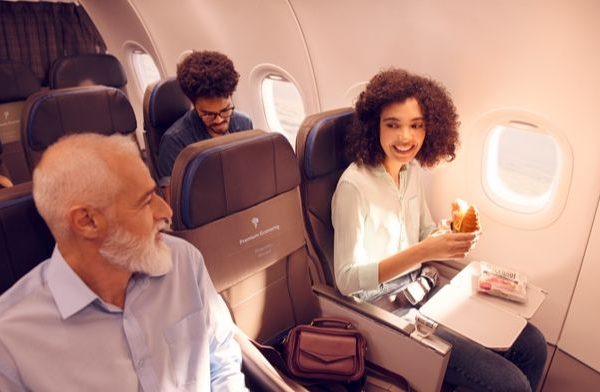