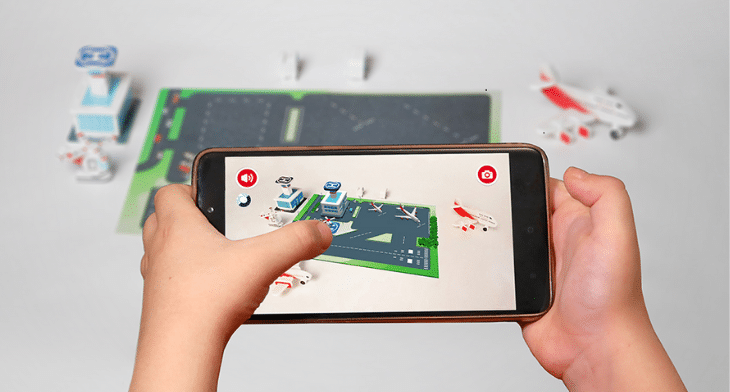 Rossiya Airlines has updated its children’s travel kits, in an onboard partnership with AK-Service, on flights longer than six hours.

Two types of kit are available depending upon age.

Children from 3 to 5 years old are offered a round backpack made in the branded red colour with the image of an aircraft engine. The kit also contains an educational puzzle, informative colouring book, wax pencils and eraser, ‘Airport’ table game – a playing field and a 3D-puzzle and a ‘Remove before flight’ keychain.

For children aged 6 to 11 years, the airline has prepared a grey waist bag containing a ‘Flight Log’ activity book, an exciting game with cards, branded magnetic badge-wing, ‘Airport’ with board game – a playing field and a 3D-puzzle, wax pencils and a ‘Remove before flight’ keychain.

Rossiya Airlines is one of the first companies in the world to use augmented reality technology in its children’s amenity kits. By running the downloaded app, directing the camera to the playing field, models of airplanes, helicopters, airport buildings, bus and ramps assembled from a 3D-puzzle will transform into full-fledged three-dimensional objects.