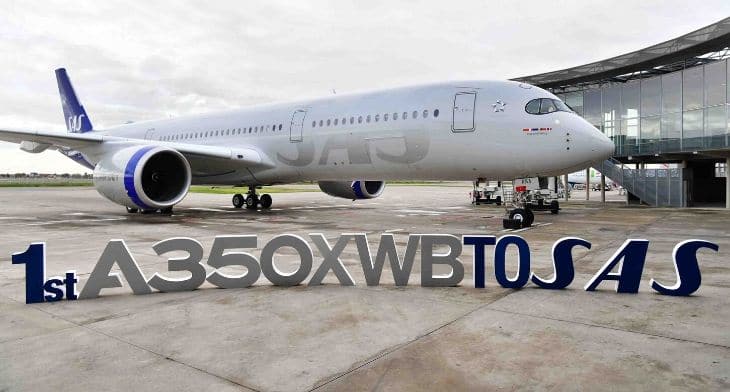 Scandinavian airline SAS has taken delivery of its first Airbus A350-900, becoming the newest operator of the widebody aircraft.

On 28 January the airline will launch operations of the new aircraft on its Copenhagen-Chicago long-haul routes, followed by other international destinations including North America and Asia.

The airline has a total of eight A350-900 aircraft on order and as part of a fleet modernisation project over the coming years, SAS will take delivery of 54 additional A320neo Family aircraft, as well as the remaining seven A350-900s through direct purchase and lease contracts.

To find out more about the Scandinavian carrier, check out the profile on SAS in the latest issue of Inflight magazine, exploring it’s efforts to improve sustainability, and how the new A350 aircraft will fit into the airline’s future plans.