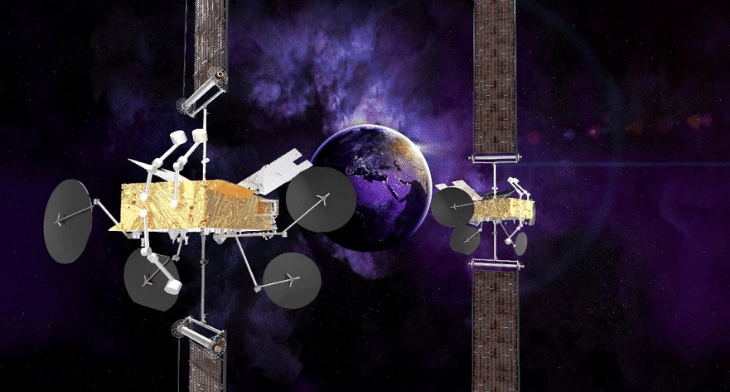 Intelsat 41 and Intelsat 44 will be based on Thales Alenia Space’s innovative Space Inspire product line, allowing seamless telecommunications mission and services reconfiguration, instant in-orbit adjustment to broadband connectivity demand, and superior video broadcasting performance while maximising the effective use of the satellite resources.

“Intelsat’s standards-based open-architecture network design facilitates the incorporation of the best technology at any given time, further bolstering network resiliency,” said Stephen Spengler, CEO of Intelsat. “With the addition of Intelsat 41 and Intelsat 44, in partnership with Thales Alenia Space, Intelsat will blanket the earth with software-defined satellites, progressing the world’s first global 5G software-defined network, designed to unify the global telecoms ecosystem.”

Hervé Derrey, CEO of Thales Alenia Space, said: “Our relationship with Intelsat has been so meaningful, knowing that our attractive Space Inspire software-defined solution will contribute to the realization of Intelsat’s global 5G software-defined unified network. We are proud that our advanced satellite technology will play a significant role in Intelsat’s vision to reimagine the global telecoms ecosystem.”

As SmartSky Networks pursues further protection of its intellectual protection (IP) in the US courts, the company has announced the resolution of one such action.

According to a statement, SmartSky ‘has summarily defeated industry incumbent Gogo’s challenge brought before the US Patent & Trademark Office (USPTO) nearly six months ago, proving SmartSky’s longstanding position that its ‘947 patent, which covers some of the most essential features of a 5G air-to-ground (ATG) network, like beamforming and seamless cell tower handoffs, was and shall remain valid.’

“Gogo has been proven unequivocally wrong in its challenge. We continue to believe they will have great difficulty commercialising their future 5G network without infringing on SmartSky’s expansive intellectual property portfolio,” said SmartSky Chairman and CEO Haynes Griffin. “Gogo has said many times in the past that our IP didn’t matter and wasn’t valid. The fact that Gogo bothered to challenge this patent clearly indicates that our IP does in fact matter. Moreover, the fact that the USPTO ruled in SmartSky’s favour based only on a subset of SmartSky’s opening arguments reinforces the strength of this patent since it was likely targeted due to a combination of its relevance and Gogo’s perception of their own likelihood of success. Furthermore, this ruling reaffirms the strength of SmartSky’s entire portfolio. Now everyone can know that Gogo’s assertions have been thoroughly debunked.”

“We understand that the importance of our portfolio may dictate further challenges, and we remain poised to defend both the portfolio and the intellectual property it protects,” added SmartSky President Ryan Stone.

In April 2020, Gogo challenged one (No. 9,312,947) of SmartSky’s now more than 180 patents supporting its in-deployment, next generation ATG network with 5G technologies. SmartSky had three months to respond, which it did, and the USPTO then had three months to determine whether Gogo’s challenge was worth further review.

“The market leader tried to undercut SmartSky, but justice has been served and the little guy has won this battle,” Stone said. “We are an innovation driven company and have developed key enabling technologies to transform connectivity in aviation. The USPTO ruling rightfully affirms the intellectual property protection SmartSky has earned on just one of the many patents we’ve developed critical to advancing in-flight connectivity.”

“We disagree with the PTO’s decision not to review the 947 patent,” said Sergio Aguirre, president of Gogo Business Aviation. “To be clear, Gogo reiterates our strong belief that we are not infringing any valid patent held by SmartSky. Furthermore, neither the PTO’s decision nor SmartSky’s patent portfolio in any way impairs our ability to continue to successfully expand, to launch Gogo 5G or to enhance our position in the business aviation market. Today, our systems are flying on more than 5,550 business jets, including more than 1,000 AVANCE L5 systems and nearly 450 L3 systems providing connectivity to business aircraft of all types and sizes.”

Aguirre continued, “We are committed to continuing to set the standard for in-flight connectivity in business aviation as we progress toward the launch of Gogo 5G and further enhance the scale and profitability of our Business Aviation segment.” 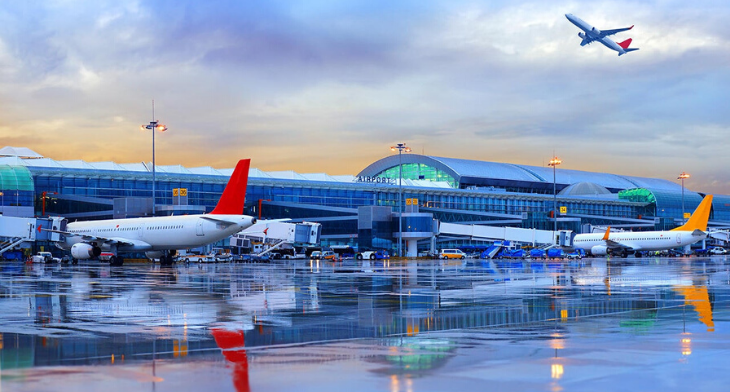 Following a proof-of-concept trial in February this year with Lufthansa Technik for its virtual inspection of civil aviation engine parts, Nokia’s 5G standalone (SA) networking solutions is now a fully deployable option for the aviation industry.

Raghav Sahgal, President of Nokia Enterprise said: “With the introduction of 5G SA, we set a new standard for our enterprise customers with a world-class lineup of private wireless solutions to meet their digitalisation needs, no matter their entry point or connectivity requirements.

“Private wireless connectivity is central to our customers realizing their long-term digital transformation goals. By delivering 5G SA, we’re paving the way to accelerate digitalization in the most demanding of use cases.”

Enterprise customers, such as airlines, have the choice of deploying Nokia Digital Automation Cloud, a compact, plug-and-play system with automation enablers, or they can further customise their network according to needs with Nokia Modular Private Wireless.

Sahgal added: “We recognise that 4.9G/LTE, which handles more than 85% of industrial applications, will continue to be the foremost private wireless solution for some time. With this announcement we bring the best of both worlds. We are offering customers the choice to start with 4.9G/LTE, and evolve to 5G as the ecosystem matures, or alternatively, to go ‘direct to 5G’ – validating the technology and driving OEM and industrial asset vendors to develop a thriving 5G ecosystem.”