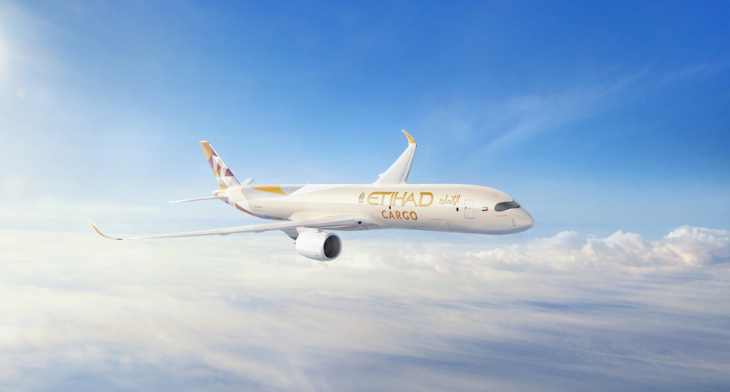 Following its earlier commitment announced at the Singapore Airshow, Etihad Airways has firmed up its order of seven new-generation A350F freighters.

The carrier says the aircraft will upgrade Etihad’s freight capacity by deploying the most efficient cargo aircraft available in the market.

This order sees Etihad expanding its relationship with Airbus and adds to its existing order of the largest passenger version of A350-1000s, five of which have been delivered.

Tony Douglas, Group Chief Executive Officer, Etihad Aviation Group, said: “In building one of the world’s youngest and most sustainable fleets, we are delighted to extend our long-term partnership with Airbus to add the A350 Freighter to our fleet. This additional cargo capacity will support the unprecedented growth we are experiencing in the Etihad Cargo division.

“Airbus has developed a remarkable fuel-efficient aircraft that, in tandem with the A350-1000 in our passenger fleet, supports our commitment to reaching net-zero carbon emissions by 2050.”

“Airbus is delighted to extend its long standing partnership with Etihad Airways, who recently introduced the A350 passenger services and is continuing to build on the family with the game-changing freighter version, the A350F,” said Christian Scherer, Chief Commercial Officer and Head of Airbus International.

Etihad has also firmed up a long term agreement for Airbus’ Flight Hour Services (FHS) to support its entire A350 fleet, to maintain aircraft performance and optimise reliability. 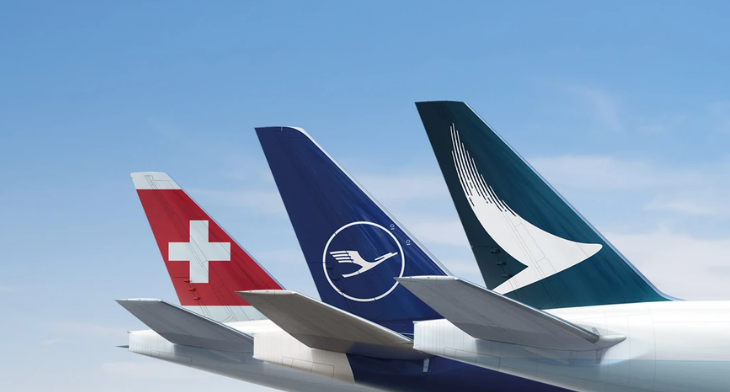 The deal builds on the joint business agreement signed in 2016 between Cathay Pacific and Lufthansa Cargo, which enables the two airlines to cooperate in terms of sales, pricing, contracts and the handling of shipments between Hong Kong and Europe.

Cathay Pacific, Lufthansa Cargo and Swiss WorldCargo will work closely on network planning, sales, IT and ground handling and cargo customers will be able to access the entire joint network via the partners’ booking systems.

Cathay Pacific Director Cargo Tom Owen said: “We are delighted to welcome Swiss WorldCargo into our joint business agreement. Cathay Pacific is always looking for more ways to give our cargo customers greater choice and more options for shipments whenever they fly their goods with us. The addition of Swiss WorldCargo’s flights to the already large combined network of Cathay Pacific and Lufthansa will further bring Hong Kong, the world’s busiest air cargo hub, closer to Europe and strengthen one of the world’s great trade lanes.”

Lufthansa Cargo CEO Dorothea von Boxberg said: “We are very pleased about the trilateral cooperation just starting, bringing three well-known cargo carriers to the table and making our customers an even more attractive offer. Cargo customers will appreciate the opportunities for quicker and easier shipping. The expanded joint venture will generate numerous benefits for our customers because our networks, our hubs and our fleet complement each other effectively.”

Swiss International Air Lines Head of Cargo Lorenzo Stoll said: “We are very excited to be entering this joint business agreement between Lufthansa Cargo and Cathay Pacific, thanks to which we can not only strengthen our already close collaboration, but also expand our network offering to our customers, while staying true to our high quality and flexibility.” 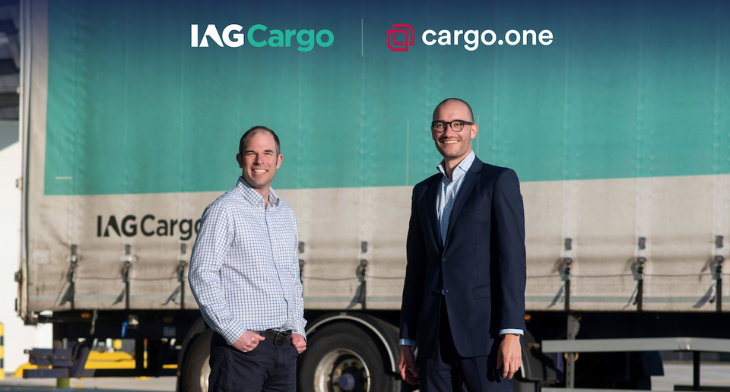 As its next step in multi-channel distribution, cargo.one says the airline group chose its solution based on its industry prominence and ability to ensure seamless digital booking experiences. Cargo.one says its technology is on par with the carrier’s own high digital standards.

David Shepherd, Managing Director at IAG Cargo, said: “We are delighted to be partnering with cargo.one – an exciting partnership strengthening the digital development of IAG Cargo. This partnership is the latest step in our journey to transform the way we do business, making it easier than ever for our customers to book their freight online with IAG Cargo.”

Moritz Claussen, Founder & Co-CEO of cargo.one, said: “As a partner, IAG Cargo is a powerhouse and is well known for continuous innovation. Both companies share a proven instinct for building digital options that elevate customers and improve outcomes. IAG Cargo offers us exciting opportunities to co-innovate and hit new heights for digital efficiencies and service delivery. With our combined expertise, freight forwarders booking with us can look forward to an outstanding end-to-end experience.” 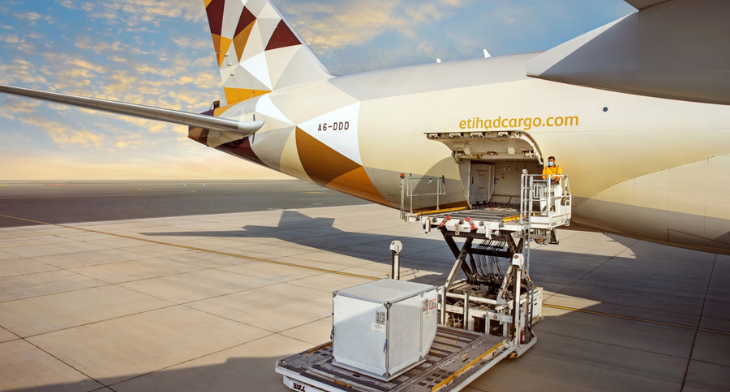 The carrier was awarded two supplementary stars to recognise the its performance in the “Corporate Social Responsibility” and “Innovative Spirit” categories.

Thomas Schürmann, Head of Cargo Operations and Delivery at Etihad Cargo, said: “Etihad Cargo plays a vital and crucial role in today’s global supply chain. Therefore, it is imperative that all Etihad Cargo’s efforts toward meeting, providing and exceeding customer needs and requirements must be fully compliant and aligned with global industry standards that promote harmony, transparency and industry-wide best practices.

“Etihad Cargo is proud to have been re-certified by Cargo iQ and that Etihad Cargo’s products, services, operations, as well as the delivery of its promise and commitment to customers and the market, are in line with the Cargo iQ airline member requirements.”

Cargo iQ is an IATA interest group with the mission of creating and implementing quality standards for the worldwide air cargo industry, providing a quality management system for service delivery, real-time end-to-end transparency in planning, execution and evaluation of shipments and standards and practices that facilitate the ever-evolving business models and needs.