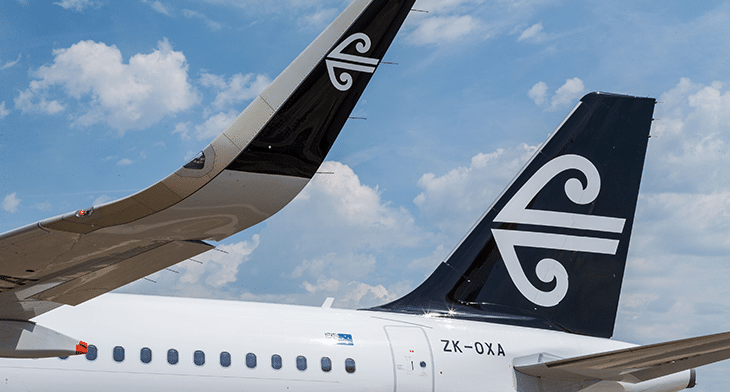 Air New Zealand is progressing on its Flight NZ0 journey by setting an ambitious science-based target to reduce carbon emissions by 2030.

The flag carrier of New Zealand says it interim target is validated by the Science Based Targets initiative (SBTi) and requires a 28.9% reduction in carbon intensity by 2030 from a 2019 baseline.

Science-based targets validated by the SBTi show companies how much and how quickly they need to reduce their greenhouse gas (GHG) emissions to prevent the worst effects of climate change. Setting a science-based target allows businesses to set a robust and credible carbon reduction target that is independently assessed to ensure it aligns with the latest climate science.

Air New Zealand Chief Operational Integrity and Safety Officer David Morgan commented: “This interim target will drive activity today and set the airline up for success in achieving its net zero 2050 target. Getting the target validated by the SBTi was a rigorous process and something we are incredibly proud to have achieved. Our GHG emissions were reviewed in detail by the SBTi to ensure we had an accurate emissions baseline and science-based target set.

“This target makes us accountable today. Implementing our decarbonisation roadmap will be critical to achieving this target – with sustainable aviation fuel (SAF), continued fleet renewal, operational efficiency, and zero emissions aircraft technologies all playing a role.

Morgan says the airline’s key focus areas are SAF and the adoption of zero emissions aircraft technologies as they have the potential to reduce the carrier’s emissions by approximately 70% by 2050. “We already have several initiatives in the works including a partnership with the Government to scope the feasibility of a SAF production plant in New Zealand and our world-leading Product Requirements Document currently in market to accelerate the development of hydrogen, electric, and hybrid aircraft. These are the initiatives that will drive real change in reducing our emissions and we’re incredibly focused on delivering them as quickly as possible.”