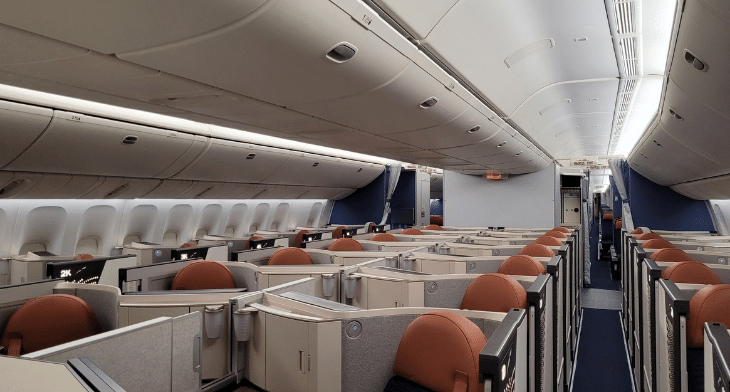 The Russian carrier unveiled its first long-range Boeing 777 aircraft with the retrofitted cabin in August 2021.

The new cabin interior has been reconfigured to accommodate 427 passengers, an increase in capacity from 402 seats. This includes 28 Super Diamond NG seats equipped with sliding doors in Business class, 24 seats in Comfort class and 375 seats in Economy class.

The seat pitch averages 80 cm in economy class and 96 cm in comfort class. Business class passengers can enjoy individual suites with sliding doors and extra armrests, providing a high level of privacy. Each private suite is also fitted with an 18.5-inch HD monitor and a two-metre full-flat bed.

HAECO Hong Kong, a member of the HAECO Group, accomplished this Supplemental Type Certificate input with Boeing as a design integrator. 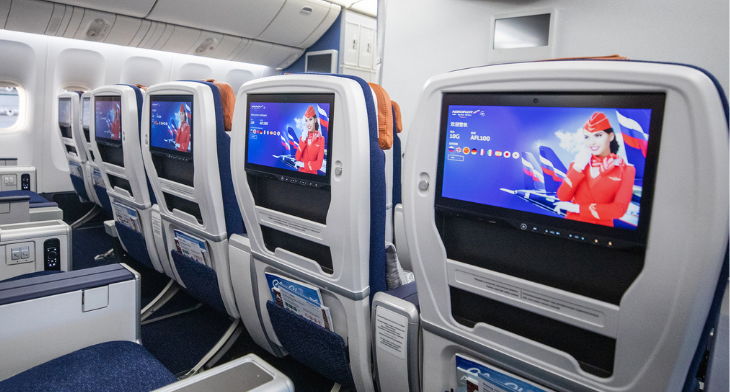 Aeroflot’s passengers and crew flying on its Boeing 777-300ERs will also be able to access connectivity from Panasonic Avionics’ global communications network of high-speed, high-bandwidth satellites.

The first of Aeroflot’s Boeing 777-300ERs to be retrofitted with Panasonic Avionics’ upgraded IFE and IFC systems flew in the middle of August. 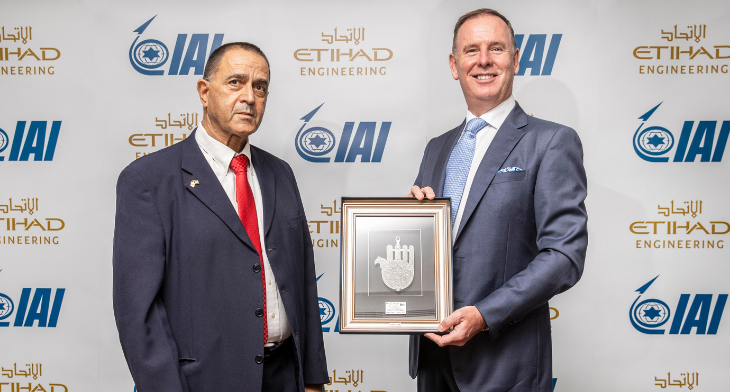 In 2019, IAI and GE Capital Aviation Services (GECAS) announced the launch of the Boeing 777-300ERSF, a programme which established a P2F conversion dubbed ‘The Big Twin’ denoting its status as the largest ever twin-engine freighter.

In the initial stage of the partnership, Etihad Engineering will facilitate towards two conversion lines accommodating multiple aircraft conversions per year.

Tony Douglas, Group Chief Executive Officer, Etihad Aviation Group, said: “The Boeing 777-300ERSF is not only extremely attractive to customers but a technological breakthrough, given that it’s the first in its size category to offer extensive cargo solutions. Not only do we see the demand, but we view it as a greener, more profitable, highly innovative solution for our airline customers, and an excellent way to drive value for our business.”

Yossi Melamed, Executive Vice President and General Manager, Israel Aerospace Industries Aviation Group, said, “IAI’s Aviation Group, the world’s leading cargo conversion provider, has begun the structural modification of Boeing 777-300ERSF in cooperation with GECAS to provide a leading professional solution to the air cargo industry. Over many years, Etihad Engineering has received the highest professional regard from IAI’s Aviation Group. The Abraham Accords have enabled us to meet the company’s managers first-hand, to see their ability and dedication, in addition to witnessing the company’s great capabilities in the field of jet maintenance. The agreement we signed adds a significant tier to the relations between Israel and the Gulf States. I have no doubt following this agreement, additional agreements with companies in the region will arrive, and they will economically benefit the sides involved. I eagerly await the moment when B77-300ERSF jets converted jointly by IAI and Etihad Engineering will take to the skies and serves clients all over the world.” 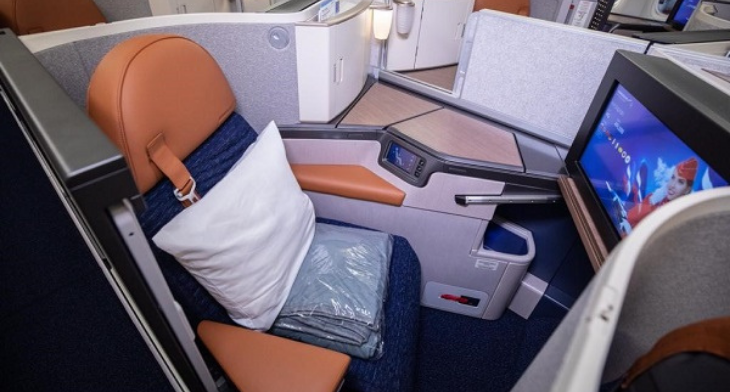 Aeroflot has unveiled its first long-range Boeing 777 aircraft with a retrofitted cabin. By end of 2021, Aeroflot will refurbish the cabin interior on two more aircraft.

Passengers travelling in all classes of service can access latest generation Panasonic Ex3 multimedia in-flight entertainment system. Paid for high-speed internet access (up to 30 Мb/sec) is available on board.

The cabin reconfiguration programme is being undertaken by Boeing who is performing engineering work and supplying component kits. Boeing was awarded the contract to modify passenger cabins on 18 of the Russian flagship carrier’s 777-300ERs, during the 2019 Moscow Air Show. 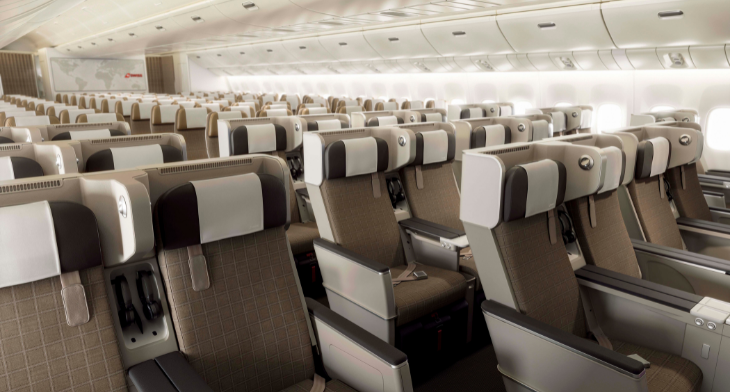 SWISS has unveiled its new Premium Economy Class, as it seeks to strengthen its premium positioning in the growing leisure travel segment.

“We are delighted that, in introducing our new Premium Economy Class, we are meeting our customers’ growing demand for more privacy, more comfort and more individuality,” said SWISS CEO Dieter Vranckx.

Each SWISS Boeing 777-300ER will be equipped with 24 latest-generation Premium Economy Class seats from seat manufacturer ZIM. The seat is simple to recline and integrated into a fixed backshell to ensure zero intrusion into the personal space of the passenger behind. The new seat is wider than an Economy Class seat: between 46 and 48 cm, compared to 43.4. Seat pitch has been extended from the 78.7 cm of Economy Class to 99 cm, which translates into substantially more legroom. The new Premium Economy Class seat further features a greater recline and is additionally equipped with a fold-out leg rest. The seat’s covers have been produced by Lantal of Bern, Switzerland.

SWISS Premium Economy travellers will be issued with a complimentary amenity kit that is specifically manufactured using sustainable materials. They will also receive their own high-quality noise-reducing headphones to complement the seat’s 15.6-inch in-flight entertainment monitor. Personal reading lamps will provide suitable lighting on night-flight services; and electronic devices can be charged using the seat’s in-built USB-A socket.

SWISS’s in-flight cuisine has also been specially tailored to the new class of travel. Premium Economy travellers will be offered an elderberry welcome drink, and will be able to choose from three hot meals all served on china tableware. The selection includes a dish from the award-winning ‘SWISS Taste of Switzerland’ in-flight culinary programme, together with a vegetarian option supplied by Hiltl. “Our Premium Economy guests will be able to choose their in-flight meal according to their personal wishes and tastes,” CCO Goudarzi Pour explained. “And we’ll also be able to count on our long-standing partnership with Hiltl for our vegetarian offerings, for which we’re seeing an ever-growing demand.”

SWISS Premium Economy customers will be able to download two publications from the extensive eJournals portal onto their digital device free of charge ahead of their flight.

The new SWISS Premium Economy Class can also be experienced live and full-size in a 3D augmented reality model. 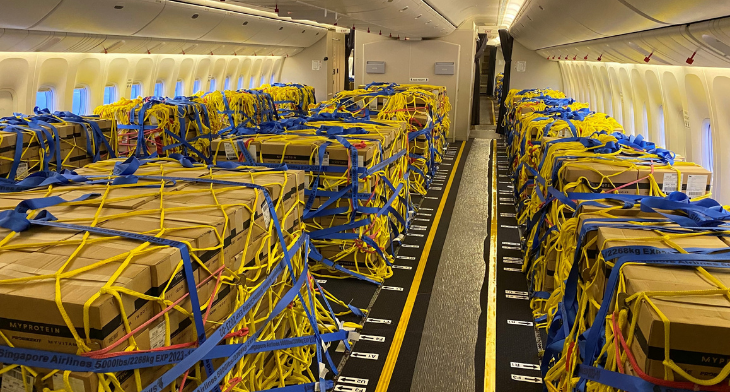 JADE and SIAEC have developed a more optimal solution for SIA as part of a JAMCO “Project Blue Sky” Initiative involving the removal of passenger seats from two zones in the cabin to allow cargo to be secured on the passenger cabin floor. This approach maximises the cargo capacity in the passenger cabin and reduces the dead weight of the aircraft which in turn creates fuel savings for the airline.  What’s more, the removed seats can be safely stored, eliminating the risk of damage during cargo loading. The retrofitted aircraft can now carry up to 193,000 lbs of cargo, a 12% increase in cargo capacity from a standard 777-300ER.

JADE’s P2C conversion on the Boeing 777-300ER is the first solution to be awarded a Supplementary Type Certificate (STC) by the Civil Aviation Authority of Singapore (CAAS). This conversion also meets the set requirements for FAA and EASA STC approvals, making it a quick and compatible solution for any airline around the world. 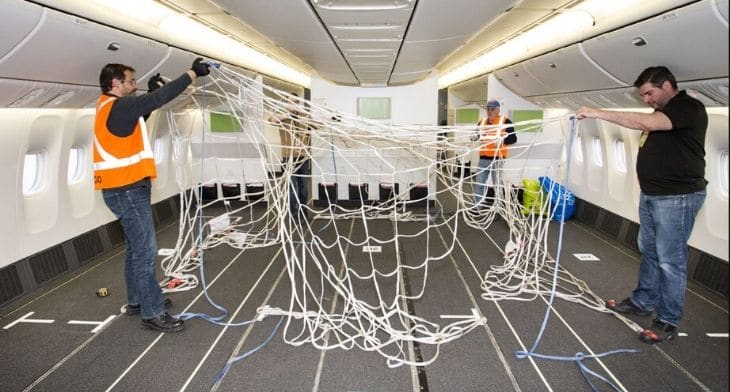 Air Canada is reconfiguring passenger cabins on three of its Boeing 777-300ER aircraft to transport cargo, including critical medical supplies.

The first aircraft conversion is already complete and is now in service, with the second and third aircraft to be completed shortly.

“Bringing critical medical and other vital supplies rapidly to Canada and helping distribute them across the country is imperative to combating the COVID-19 crisis,” said Tim Strauss, Vice President of Cargo at Air Canada.

Highlighting that the reconfigured aircraft can carry 89.63 tonnes, the equivalent of up to 9 million medical masks, Strauss added: “The transformation of the Boieng 777-300ERs, our largest international wide-body aircraft, doubles the capacity of each flight and will enable more goods to move more quickly.”

Aircraft maintenance and cabin integration specialist, Avianor, has been tasked with converting the three Boeing aircraft. The Montreal-Mirabel based company has developed a specific engineering solution to remove 422 passenger seats and designate cargo loading zones for light weight boxes containing medical equipment which are restrained with cargo nets.

Referencing how this process was developed, produced and implemented within six days, Richard Steer, SVP Air Canada Operations, said: “The rapid transformation of our aircraft to meet cargo demand reflects our ability to maximise our fleet assets quickly when these aircraft would otherwise be parked. Air Canada’s engineering team worked around the clock to oversee the conversion work, and with Transport Canada to ensure all work was certified as tasks were completed.”

The Canadian carrier has been using aircraft that would otherwise be parked to operate cargo-only flights, moving in their baggage holds time-sensitive shipments, including urgent medical supplies and goods to support the global economy. 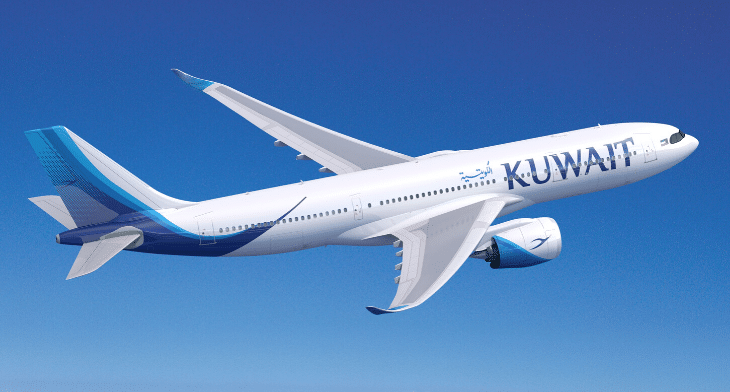 Kuwait Airways has expanded its relationship with Panasonic by selecting the X series IFE system for its new fleet of eight scheduled Airbus A330-800neo aircraft.

The airline’s existing fleet of Airbus A320 and Boeing 777-300ER aircraft are already equipped with the solution, which includes full HD touch screens and touch video handsets.

Ken Sain, Chief Executive Officer of Panasonic Avionics Corporation, said: “As Kuwait Airways develops its long-haul network with the introduction of its new A330-800neo fleet, Panasonic Avionics is honoured to be their partner of choice in enhancing their in-flight passenger experience.

“Our X Series in-flight entertainment systems are the most-awarded in the industry and we are confident that the memorable in-flight experiences they create will help Kuwait Airways further increase passenger engagement and loyalty.”