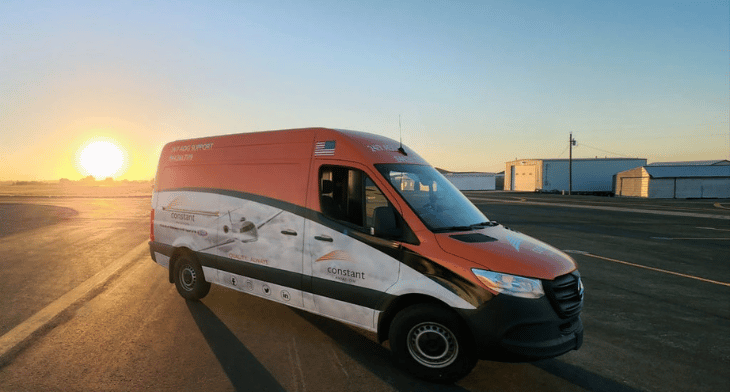 The company, which has a network of mobile technicians as well as full-service aircraft maintenance facilities at Cleveland Hopkins International Airport and Orlando Sanford International Airport that provide airframe and engine maintenance, major repairs, avionics, interiors and painting, says this is the second new location for the company this year as it has also opened a new station in Salt Lake City.

Constant Aviation operates 28 AOG teams nationally. “In my 25 years in the private aviation industry, this continues to be one of the most robust periods we have seen and that has generated record demand for our services,” said David H. Davies, Constant Aviation’s Chief Executive Officer.

“The increase in AOG service locations is intended to help meet current demand, but mobile AOG services have proven sustainable in all market conditions as aircraft always need on-demand service at the hundreds of smaller airports that lack substantial maintenance capabilities.”

Constant Aviation is actively hiring in Philadelphia and Salt Lake City, as well as high-demand areas such as California, Texas, Florida, the Chicago and Scottsdale metro areas and the greater north-eastern U.S.

“We’ve always said our most important asset is our workforce of trained, talented technicians, and that has never been more true than during the current surge in business,” said Davies. “We’re looking to expand our team by recruiting new technicians through a range of channels, and offering not only opportunity but also the most competitive compensation and the best working conditions in the industry.”

The company has enhanced its maintenance technician apprenticeship programme which allows applicants without military or college training to participate in a two-year aviation services programme and earn the FAA Airframe Certification. Constant Aviation is also recruiting established technicians by offering a $15,000 signing bonus for military veteran candidates, a $2,000 signing bonus for other successful technical position candidates and grants of up to $8,000 to successful AOG technician candidates following the completion of their first year with the company.

Constant Aviation’s 28 AOG mobile teams support 86 aircraft models from 14 manufacturers, and each AOG vehicle is fully equipped and supplemented with expanded tooling strategically placed around the country, so aircraft can be serviced wherever they are located.