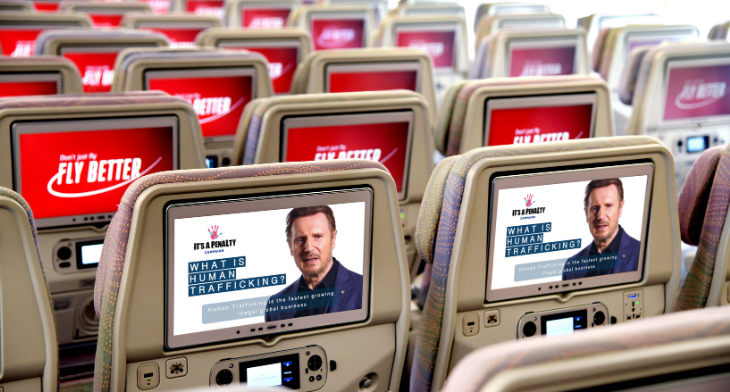 From October, Emirates is showing a Liam Neeson short film designed to educate the world about the misconceptions and the reality of human trafficking and exploitation happening globally, on its ICE in-flight entertainment system.

Human trafficking involves the movement of persons within a country or across borders into conditions of exploitation against their will by means of force, threats, abduction, or deception. In 2017, the International Labour Organization (ILO) estimated that there were 24.9 million people trafficked globally (equivalent to the population of Australia), of which 75% are women and children.

The airline joins American Airlines, Cathay Pacific, and Japan Airlines in promoting the film through their respective in-flight entertainment platforms.