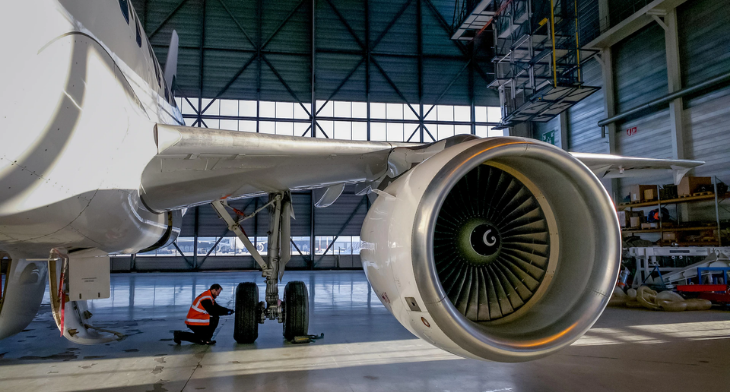 Finnair to dismantle and recycle an A319 aircraft

Finnair is to dismantle and recycle an Airbus A319 aircraft, following 21 years of service.

“This is the first time that a Finnair aircraft is dismantled and recycled in Finland. We made the decision to take the plane apart at our home hub to optimise sustainability and economics”, said Juha Ojala, Vice President of Finnair’s Technical Operations. “This project allows us to improve the cost efficiency of maintenance operations and employ our mechanics during the pandemic when their normal workload has decreased.”

This is the first time that a commercial aircraft will be dismantled in Finland.

The dismantling will begin at Helsinki Airport, where Finnair’s mechanics will remove parts that can be used elsewhere in Finnair’s fleet. These include the engine, seats, landing gear and avionics components.

“Many parts of the plane that will be dismantled – like landing gear, engines, the auxiliary power unit and avionics – can be utilised in Finnair’s maintenance operations, which supports both sustainability as well as cost efficiency,” Juha Ojala explained. “The parts that will be reused will be carefully inspected and overhauled. Smaller elements, like seat covers or cabin curtains, can also be reused.”

“It’s going to be done in three parts,” said Timo Rossi, Project Manager for Finnair Technical Operations. “Finnair is going to remove bigger components such as the wings, engines, landing gears, auxiliary power unit (APU). Then a couple of hundred other parts will be taken off for eventual use in our active flying fleet.”

Once the component removals have been done by Finnair staff at Helsinki Airport, the remaining parts of the aircraft will be transported to an external partner for further dismantling.

“We’ve calculated the component removals will take roughly eight weeks,” said Rossi. “At Helsinki Airport it will take around a day to cut off the wings and the tail to get the aircraft transported to the final recycling location. The current plan is to start in the middle of February, with the work of our partner finishing in late March or early April.” 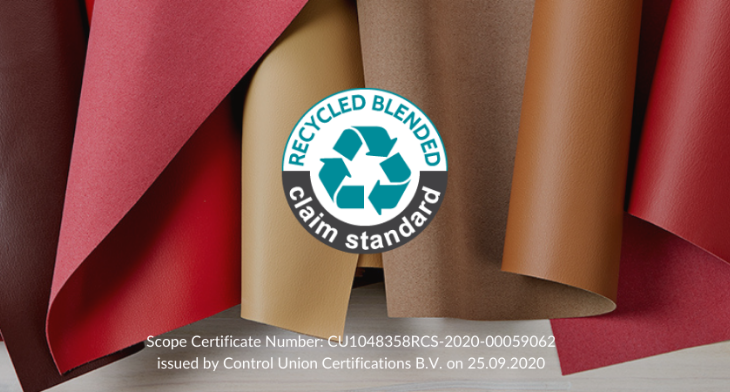 ELeather has been certified to the Recycled Claim Standard (RCS) by Control Union Certifications, an independent third-party, to give assurance to their customers that their latest ELeather materials contain a significant portion of recycled leather.

The RCS is used as a chain of custody to track recycled raw materials through the supply chain and is an independent external validation of the manufacturer’s claims. The standard verifies the presence, sources and amount of recycled material in a final product.

“Since our engineered leather production began in 2007, we have recycled over 7,000 tonnes of leather waste – that’s the weight of 16 Boeing 747s” said ELeather CEO, John Kennedy.

“Over the last year or two, we have seen a large increase in the number of leading brands choosing to work with us, as they see the very close alignment of our sustainability roadmap to theirs.  Our focus on being data-driven, authentic and transparent resonates well with their values, and the ever-increasing expectations of their customers,” said Kennedy. 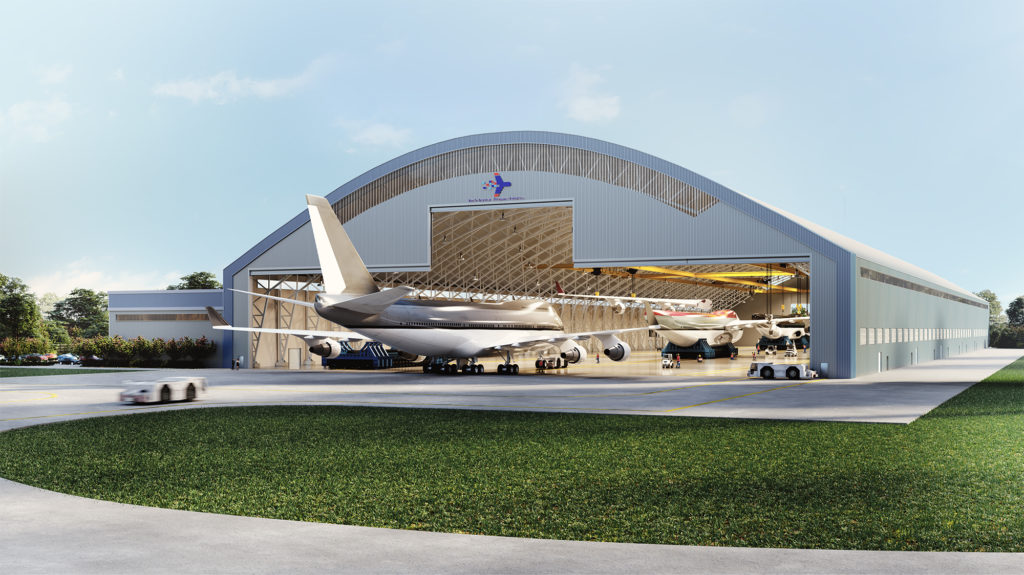 Aircraft Support Industries will use a phased-in project development approach, with phrase one focusing on a custom-designed 323,000 square foot dismantling hangar that can accommodate three of the largest aircraft such as the A380. Aircraft Support Industries will apply its proprietary stressed arch building system along with a 81,000 square foot annex for the construction of the 1,076-foot span hangar. The annex will be used to house the engineering support workshops and materials warehousing for the NAAI facility in the US and Aircraft Solutions’ facilities in the Middle East and Asia.

“Our state-of-the-art facilities will enable our companies to provide comprehensive, sustainable aircraft recycling solutions for aircraft owners, operators, airport authorities, and military services with a zero-waste mission to recycle 100% of an aircraft,” said Sven Daniel Koechler, President and CEO of North American Aerospace Industries Corporation (NAAI).  “While the pandemic has introduced delays in our construction schedule, we are optimistic that we will be able to make up for lost time in that Aircraft Support Industries is a strong partner able to facilitate a construction project in the most efficient, timely manner.” 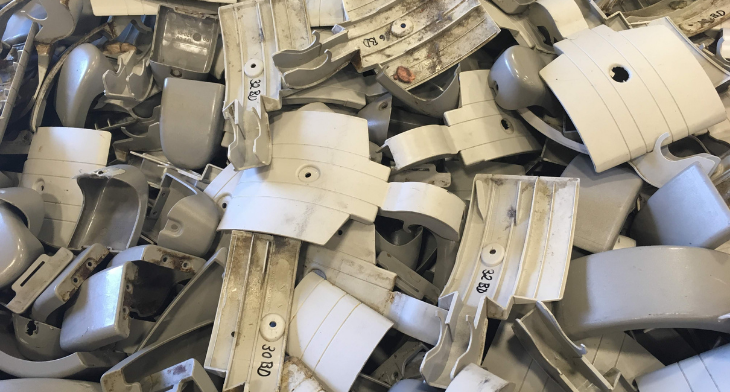 Sven Daniel Koechler, PhD, President and CEO of NAAI stated: “AIRA is the only aircraft interior recycling company that has developed the scientific expertise and technical know-how to properly recycle end of life aircraft interiors and waste materials from manufacturing.  Since our top priority is to provide sustainable aircraft recycling services through which 100% of an aircraft is recycled or up-cycled, gaining the ability to effectively address one of the most challenging aspects of an aircraft’s recycling – its composite plastic interior components – is a major achievement for us. We are very proud of our new alignment with AIRA. Together, we intend to revolutionise aircraft recycling, transforming it into an industry which delivers enormous benefit across the entire chain, from OEMs, MROs, airlines, and leasing companies to the general public and the environment.”

AIRA Managing Director Tony Seville added: “This is two companies coming together with a mutual vision and solutions to the major challenges of recycling aircraft correctly, with all of its many different materials and with the environment foremost in mind.  It has taken AIRA six years of research and hard work to develop cost effective recycling processes.  We are very proud to be part of this merger with NAAI and now the real work can begin with airlines, lessors, MROs, OEMs and material manufacturers all working with us and making a huge difference to the aviation industry and the environment at the same time.”

NAAI is building one of the world’s largest hangar systems  in North Carolina. The three-part hangar system will house a 357,00 square foot dismantling shop; 151,800 square foot MRO facility; and 102,000 square foot paint shop for narrow and wide body aircraft.  Its proprietary processes will enable the company to recycle multiple aircrafts simultaneously for a much faster recycling process. The NAAI facilities will also encompass an 80,800 square foot space designated for storage and offices.  The facility’s construction schedule was interrupted by the pandemic and subsequent business lockdowns in the US, however, Koechler is projecting that the facility will be operational by late 2021. 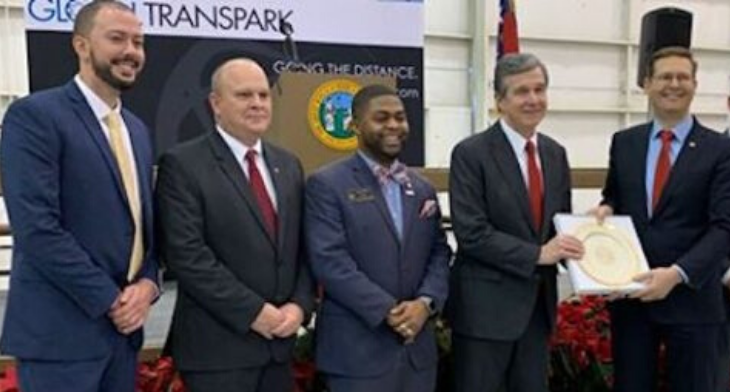 The construction start has been delayed due to the COVID-19 pandemic, but the facility is still slated to be operational by the second quarter of 2021.  It will consist of one of the world’s largest hangars which will include dismantling, MRO and painting operations.

“We are making some critical hires, including our interim CEO and our Head of Innovations, and are looking to start construction this summer,” said Sven Daniel Koechler, PhD, General Manager of Aircraft Solutions USA.”

Once operational, Aircraft Solutions USA’s Kinston facility will recycle decommissioned commercial and military aircraft deploying a proprietary new recycling technology.  This will enable the company to recycle many more aircraft each year than conventional methods enable. “With our proprietary recycling technology, we can recycle many more aircraft per year; for instance, up to 70 additional twin-engine narrow body airliners” said Koechler

Aircraft parts such as engines, landing gear, avionics, and in-flight entertainment systems can be refurbished and sold on the aircraft parts aftermarket. Aircraft Solutions USA’s ultimate goal is to use every part of the airplane and up-cycle it to make a new product, for example a new pair of sneakers made from aircraft seating material. The long-term objective is to expand the recycling operation by establishing various production facilities that will create new products for diverse industries from up-cycled materials.