SmartSky Networks has been awarded over US$12 million in damages, legal expenses, and sanctions in an arbitration case against its former vendor, Wireless Systems Solutions.

The panel of three arbitrators issued a permanent injunction against WSS, its companion companies DAG Wireless Ltd. and DAG Wireless USA, and individuals Laslo Gross, Susan Gross, and David Gross. All counterclaims against SmartSky were dismissed with prejudice.

SmartSky won on 14 distinct claims related to numerous WSS breaches of contract including failure to perform, and WSS, DAG and the Gross’ related misconduct, interference with SmartSky’s business relationships, false advertising, use of fake identities, unfair and deceptive trade practices, use of alter ego companies, breaches of confidentiality, and wilful and malicious misappropriation of SmartSky’s valuable Intellectual Property.

“SmartSky is very pleased with the outcome of this case and always had great confidence that the facts supported our position and our rights,” said David Helfgott, CEO SmartSky. “As we turn the page and look forward to commercial launch of our market-changing aviation air-to-ground network service, I have to note how this entire process ultimately has made us a stronger, more cohesive team.”

“Deployment of the FCC-certified tower radios for our network, coupled with the availability of our shipset products (high-performance antennas, aircraft radios) gives our service-partners and dealers great confidence to begin accepting orders. We are already seeing increased interest and demand with the business aviation markets rebounding ahead of schedule in 2021. The timing is great as we plan for our commercial launch, and to be the leading catalyst for the advent of the connected aircraft market,” said SmartSky’s CEO, David Helfgott.

SmartSky has completed all technical milestones and opened the first fully operational coverage zone of its next-generation in-flight communications network.

SmartSky CEO, David Helfgott, remarked: “While our primary goal remains lighting up the remainder of the nationwide network in the coming months, today we are showcasing the unparalleled in-flight networking capabilities and advanced services that SmartSky is bringing to market for the connected aircraft ecosystem of operators, manufacturers, service providers and passengers.”

“It’s a testament to the strength of our technical team and supplier-partners, as together we’ve successfully developed and fielded a feature-complete, game-changing service based on an optimal mix of proven 4G LTE and emerging 5G technologies that have been adapted to and optimised for the aviation use-case,” said Dave Claassen, SmartSky’s Chief Technology Officer.

Certification and full commercial launch is expected later this year. 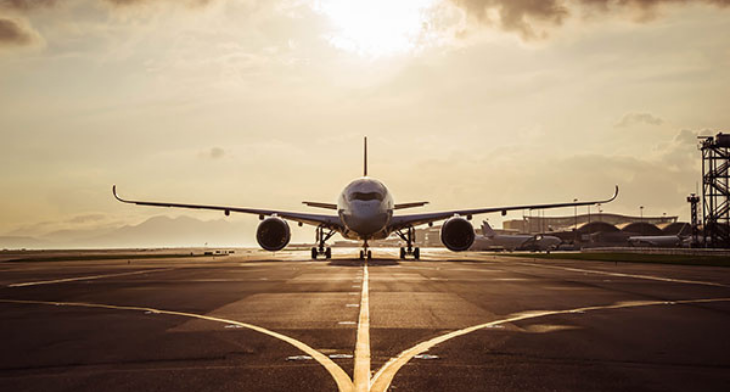 “There is a growing demand for critical, real-time data in the aviation industry and most recently UAM and AAM. By utilising our continuously updated map data and the Skytelligence data exchange platform, our customers can quickly develop their navigation-related apps for use in airports and urban areas,” said Performance Software’s Head of Products, Michael Johnson.

Rich Pilock, SmartSky VP of Product noted: “The Performance Software data service is a bell-weather of the growing connected aircraft ecosystem and its ability to deliver improved safety, efficiency, and comfort. We anticipate this offering to be the first of many collaborations as more data providers and aerospace application developers connect through Skytelligence.”

Performance Software’s Airport Mapping Databases (AMDBs) are now available for download on Skytelligence where they can be integrated with other data such as Notices to Airmen (NOTAMS), through a common storefront that provides application developers with instant access to global data required to deliver real-time, critical advisory applications.

A developer recently used the AMDB data and Skytelligence to merge precision airport data with NOTAMs and localised weather data to produce timely alerts and enhance situational awareness for pilots and operators. This innovative service enables the delivery of information critical for safe departure, approach, and on-ground navigation of piloted and autonomous aircraft. 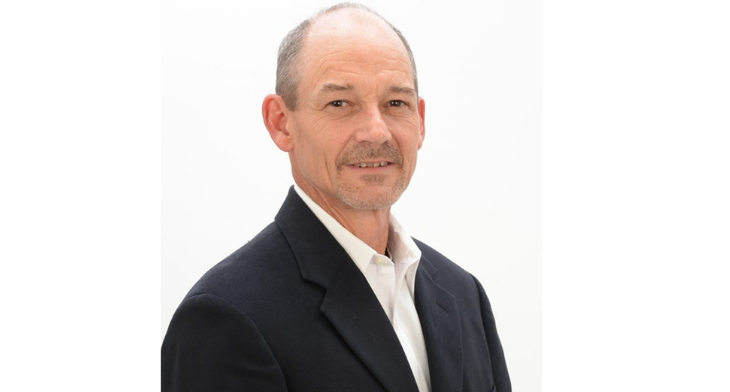 SmartSky Networks has appointed David Claassen to the newly created position of Chief Technology Officer. Claassen will direct SmartSky’s technology strategy and execution, including development and delivery of innovative technical solutions from its portfolio of patents, as the company moves forward to empower the growing connected aircraft market.

Classen was previously Vice President of Network and Service Architecture at SmartSky, leading the successful design, development and integration of many key aspects of the company’s core technical capabilities, including subscriber devices, Radio Access Network, IP core, cybersecurity, voice and data services, all which ultimately led to the deployment of the aviation industry’s first virtualized nationwide network architecture.

SmartSky is launching its advanced inflight connectivity service later this year. As part of its offering portfolio, the company is developing pioneering aviation data products through its open digital applications platform, Skytelligence, to improve safety and efficiency while providing the industry with novel ancillary revenue sources. SmartSky’s unique single-beam-per-aircraft in-flight communications approach is backed by more than 200 patents and over 1,000 hours of flight testing.

SmartSky Networks has confirmed it has surpassed 200 granted patents.

“SmartSky set out to transform aviation through innovations in communications technology and services,” said SmartSky CEO David Helfgott.  “Our expanding patent portfolio represents the latest advances in a host of sophisticated tech needed to deliver on the promise of the truly connected aircraft, from our cutting-edge radio and antenna hardware to our sophisticated next-generation network and new aviation-related digital services.”

SmartSky Networks has confirmed it has raised more than US$32 million in additional equity and debt funding, as it moves forward with plans to launch its next-generation aviation Wi-Fi connectivity service later this year.

“In a display of confidence in the future of SmartSky’s groundbreaking technology and services, we received new funds from our institutional investors,” said SmartSky CEO David Helfgott.

SmartSky initiated the complaint in September 2020, accusing WSS, its former radio contractor, of misappropriation of trade secrets, and breach of a US$30 million contract related to air-to-ground (ATG) wireless network service, through the improper actions by WSS, two related entities (DAG Wireless LTD and DAG Wireless USA), and three of their senior leaders.

In a press release, WSS said “these counterclaims assert breach of contract, breach of good faith and fair dealing, unfair and deceptive trade practices, and fraudulent inducement. These claims are also being pursued in arbitration, which WSS believes is the appropriate venue.”

The statement also said that “WSS believes that SmartSky’s original claims were retaliatory in nature, in response to a lawsuit filed by WSS in North Carolina state court, and were designed as subterfuge to distract from its failure to perform under its obligations to WSS. WSS believes that such claims are without merit.” 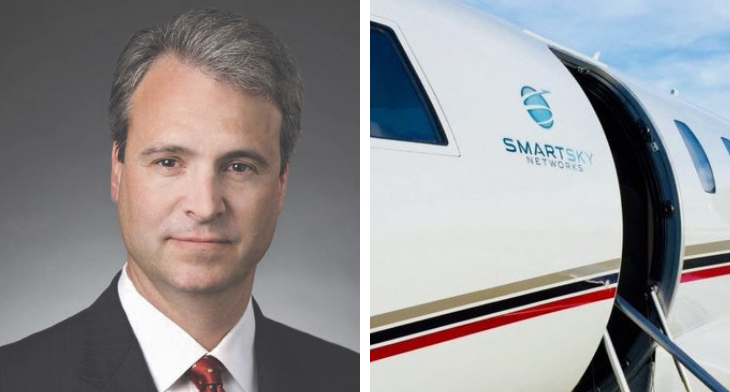 SmartSky Networks has named David Helfgott CEO, coinciding with the company’s transition from the development and deployment stage to an operational aviation broadband communications services and products company.

Commenting upon the appointment outgoing CEO Haynes Griffin, who will remain as Executive Chairman, said: “His extensive technology and mobile communications experience will help us ensure that all of our operations reflect the high level of quality set by our transformational connectivity technology.”

“I am honoured to be selected to lead SmartSky at this exciting inflection point,” said Helfgott. “When you look at SmartSky’s unique positioning and expansive patent portfolio, it highlights the company’s incredible potential and culture of sustained innovation. Since COVID-19 first began to impact the in-flight communications industry, SmartSky has proven its resilience in many ways, having added more than 40 patents since January 2020, successfully defended its IP from a challenge brought by an industry incumbent, closed on funding of more than US$50 million in additional equity and debt, and overhauled its radio technology supply chain on the way to completing the deployment and launch of its network next year.”

As SmartSky Networks pursues further protection of its intellectual protection (IP) in the US courts, the company has announced the resolution of one such action.

According to a statement, SmartSky ‘has summarily defeated industry incumbent Gogo’s challenge brought before the US Patent & Trademark Office (USPTO) nearly six months ago, proving SmartSky’s longstanding position that its ‘947 patent, which covers some of the most essential features of a 5G air-to-ground (ATG) network, like beamforming and seamless cell tower handoffs, was and shall remain valid.’

“Gogo has been proven unequivocally wrong in its challenge. We continue to believe they will have great difficulty commercialising their future 5G network without infringing on SmartSky’s expansive intellectual property portfolio,” said SmartSky Chairman and CEO Haynes Griffin. “Gogo has said many times in the past that our IP didn’t matter and wasn’t valid. The fact that Gogo bothered to challenge this patent clearly indicates that our IP does in fact matter. Moreover, the fact that the USPTO ruled in SmartSky’s favour based only on a subset of SmartSky’s opening arguments reinforces the strength of this patent since it was likely targeted due to a combination of its relevance and Gogo’s perception of their own likelihood of success. Furthermore, this ruling reaffirms the strength of SmartSky’s entire portfolio. Now everyone can know that Gogo’s assertions have been thoroughly debunked.”

“We understand that the importance of our portfolio may dictate further challenges, and we remain poised to defend both the portfolio and the intellectual property it protects,” added SmartSky President Ryan Stone.

In April 2020, Gogo challenged one (No. 9,312,947) of SmartSky’s now more than 180 patents supporting its in-deployment, next generation ATG network with 5G technologies. SmartSky had three months to respond, which it did, and the USPTO then had three months to determine whether Gogo’s challenge was worth further review.

“The market leader tried to undercut SmartSky, but justice has been served and the little guy has won this battle,” Stone said. “We are an innovation driven company and have developed key enabling technologies to transform connectivity in aviation. The USPTO ruling rightfully affirms the intellectual property protection SmartSky has earned on just one of the many patents we’ve developed critical to advancing in-flight connectivity.”

“We disagree with the PTO’s decision not to review the 947 patent,” said Sergio Aguirre, president of Gogo Business Aviation. “To be clear, Gogo reiterates our strong belief that we are not infringing any valid patent held by SmartSky. Furthermore, neither the PTO’s decision nor SmartSky’s patent portfolio in any way impairs our ability to continue to successfully expand, to launch Gogo 5G or to enhance our position in the business aviation market. Today, our systems are flying on more than 5,550 business jets, including more than 1,000 AVANCE L5 systems and nearly 450 L3 systems providing connectivity to business aircraft of all types and sizes.”

Aguirre continued, “We are committed to continuing to set the standard for in-flight connectivity in business aviation as we progress toward the launch of Gogo 5G and further enhance the scale and profitability of our Business Aviation segment.”