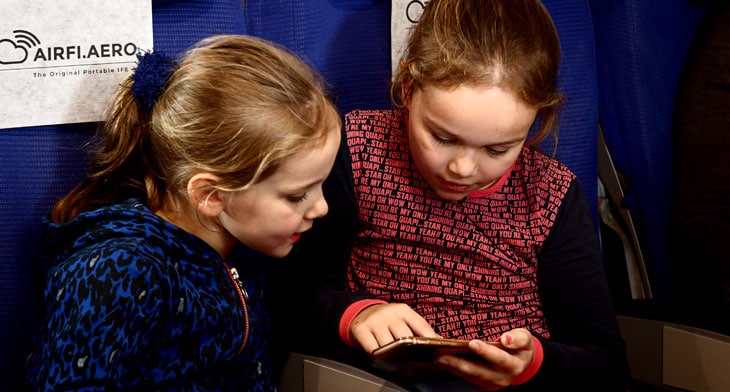 Thomas Cook Group Airlines is to expand the number of AirFi equipped Thomas Cook and Condor short-haul leased aircraft from 10 in 2017 to 34 for the summer 2018 season.

The announcement was made during last week’s AirFi’s inaugural Innovation Day, which marked the opening of the company’s new bespoke headquarters.

“Passenger feedback shows they want IFE on the short-haul leased aircraft we use during the summer and we have seen conversion for browser-based IFE like AirFi is a lot higher than an app-based IFE. This summer we will have an enhanced content selection, integrated sales of AirFi premium access codes through the crew’s on-board sales devices, enhanced complimentary destination content and we will be introducing new ways to drive revenues through content-related advertising,” commented Tracy Barr, head of product at Thomas Cook Group Airlines.

“We are delighted to announce AirFi will be featuring content from the iconic Warner Bros studios. We serve a great many leisure traveller-focused airlines around the world so as you can imagine there is huge excitement to offer passengers blockbuster movies and hit TV series from the WB stable such as DC Comics, LEGO, Lara Croft, Harry Potter and Big Bang Theory,” added Martin Cunnison, CCO AirFi.