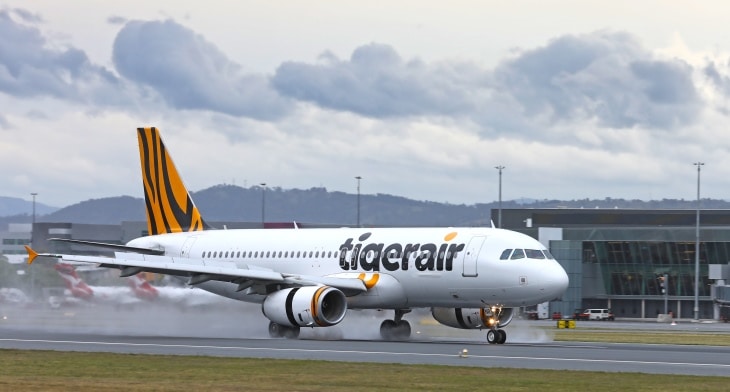 Tigerair Australia has unveiled a number of new products, including new seating on its Boeing 737 fleet.

The airline’s fleet of Boeing 737 aircraft will feature new state-of-the-art slimline leather seats with adjustable headrests, additional storage pockets and built-in tablet/phone holders on the back of each seat.

The new seats allow the airline to add six additional seats in the cabin and will provide more low-fare seats for customers, particularly during peak travel periods.

Tigerair is soon to make available a new in-flight entertainment product across its entire fleet of A320 and Boeing 737 aircraft courtesy of a new partnership with Twentieth Century Fox Film Corporation and Fox Networks Group, providing passengers with access to recently released movies and TV programmes.

The airline has also launched its new winter Tigerbites menu, which will cater for a range of budgets and dietary preferences including vegetarian, nut-free and gluten-free and will be available across the entire fleet. Customers can pre-order meals off the menu from the Tigerair website, which has the benefit of being served first when on board.

The airline recently launched a new Chinese version of the website to cater to a broader demographic of travellers.

Meanwhile, the airline is also in the midst of a new promotional competition, offering aspiring musicians the opportunity to be featured on board Tigerair flights.

The competition runs from January through to July, and unsigned musicians over the age of 18 can submit their personal biography, photo and social media handles along with an audio recording of the song they would like featured and the song lyrics in Word or PDF.

Each month during the competition entry period, the Tigerair team will review all submitted tracks and successful artists will be contacted directly by a Tigerair Australia representative.

Successful artists will have their music played on board selected Tigerair Australia flights for a period of up to two months, exposing their music to 1.2 million people over this period of time, and will be featured on the airline’s dedicated ‘Tigertunes’ webpage during the same period.

One musician will be chosen to play at the 2018 Airlie Beach Festival of Music with flights and accommodation provided by Tigerair Australia.

Tigerair Australia commercial director, Andrew Maister, said: “At Tigerair Australia, we’re excited about the possibility ‘Tigertunes’ presents. We see ourselves as an airline for the everyday Australian and this initiative gives us the chance to move away from mainstream music heard on the radio and throw our support behind grass roots Australian musicians instead.

“We’re especially looking forward to providing one lucky ‘Tigertunes’ entrant with the chance to springboard their music career by performing at next year’s Airlie Beach Festival of Music in front of thousands of people.”