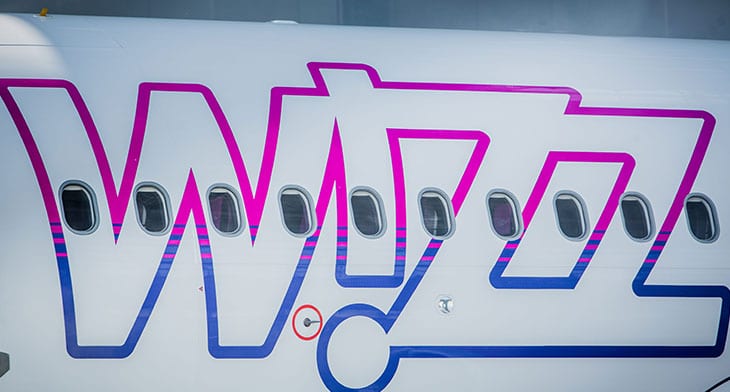 “Business class should be banned,” Varadi stated. “These passengers account for twice the carbon footprint of an economy passenger, and the industry is guilty of preserving an inefficient and archaic model. A rethink is long overdue, and we call on fellow airlines to commit to a total ban on business class travel for any flight under five hours.”

Wizz Air’s longest flight is Dubai to Budapest at just over 4,000 km and 6 hours and 5 minutes.

As a result of the numerous fuel-saving initiatives, Wizz Air has one of the lowest emission rates in European airline industry. In the 2019 Financial Year, its carbon emissions per passenger kilometre were 58.5 grams, down from 59.9 grams in the prior financial year.
It expects to reduce this by 30% for every passenger in the next 10 years.

Since 2012 it has implemented several projects and initiatives, including the improvement of economic flying speed, descent optimization and zonal drying, which add up nearly 100,000 tons reduction of CO2 emissions per year, or over 3% per aircraft per year.

“We are already the greenest choice of air travel a passenger can make and have committed to reducing our carbon footprint by 30% in the next ten years, but while it’s a step in the right direction, we still have a very long way to go. The industry as a whole needs to be more aggressive in its ambitions if we are truly to make a difference,” Varadi added.