CTT SYSTEMS is to supply an Inflight Humidification VIP system to AMAC Aerospace for installation on an Airbus ACJ319neo aircraft. This completion will feature increased humidity in the entire aircraft cabin, which requires support from two humidifiers, with Anti-Fuselage-Condensation protection.

Without an efficient humidification system, the cabin air in the VIP aircraft or large, cabin business jet is far more dehydrating than any place on Earth – below 5% Relative Humidity (RH). With this humidifier the ACJ319neo will see its humidity increase to approximately 20% RH.

The system, CTT Systems’ 96th Inflight Humidification VIP order for Airbus ACJ and Boeing BBJ aircraft, will be delivered to AMAC in Q2 2021.

“Once again, AMAC Aerospace look forward to a VIP completion project that includes CTT’s humidification system. Cabin humidification is a common request from our VIP clients that value good health, wellbeing and feeling at ease during and after flight,” commented Tracey Hawthorne-Kurz, Director Logistics & Purchasing at AMAC Aerospace Switzerland. 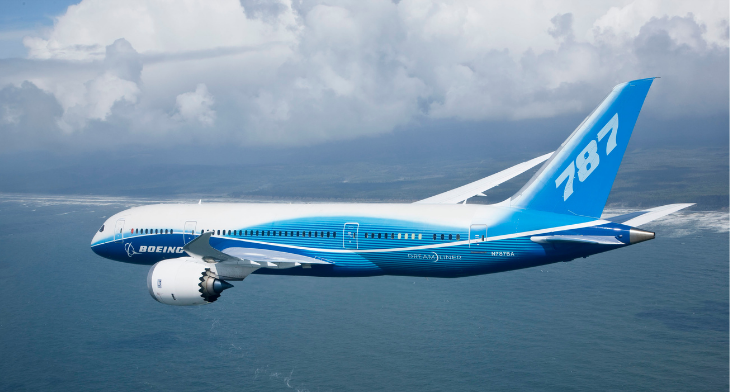 “The customer leveraged our experience as part of the completion centre,” stated Urs Kunzelmann, SR Technics Vice President for Special Projects & Consultancy Services. “Definition was the key from the beginning and a great focus throughout the whole project. This kept us far from any misunderstanding and on track with tight cost control.” 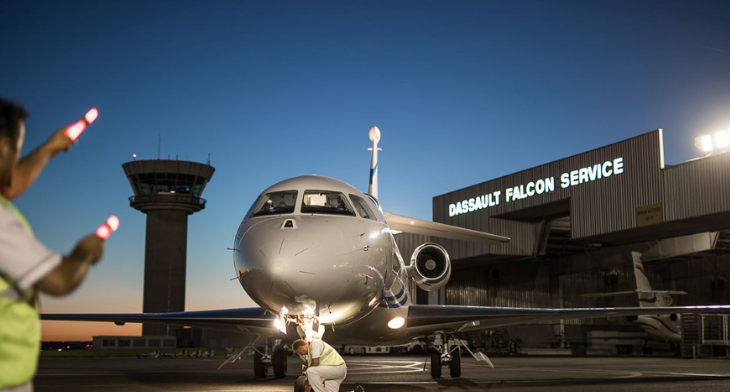 Dassault Aviation has unified the sales activities of its European factory owned maintenance repair and overhaul operations, creating a single point of contact and offering a wider choice of MRO solutions, locations and schedules for customers in Europe, the Middle East, Africa and the Asia/Pacific.

“We are leveraging the combined strengths of our various MRO businesses, creating greater efficiencies and synergies across the group,” said Jean Kayanakis, Senior Vice President, Worldwide Customer Service and Service Center Network. “This means customers will no longer be wedded to any particular service location, but can access any center capable of accommodating the work scope, resource and scheduling requirements of the job at hand.”

Among other benefits, the consolidated setup will provide more information on the availability of modifications and cabin, avionics and other upgrade solutions across the product support network. The new organisation will also have responsibility for coordinating non-Falcon aircraft MRO sales throughout the TMS network. 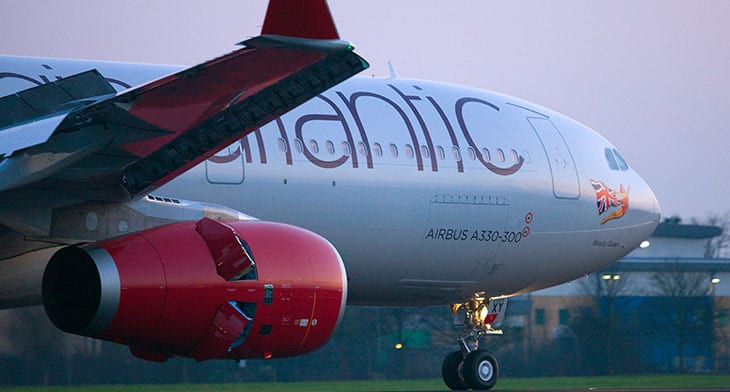 As part of the contract, the largest in Aeropeople’s history, an 80-person team will be established at Heathrow where they will work in partnership with interiors service provider Cabinair to provide an end-to-end service for the airline across its Boeing 787 and Airbus A330/A350 aircraft.

Aeropeople Managing Director Ian Peart explained: “We have been providing recruitment services to Virgin for around 15 years and now look forward to extending that partnership in what is genuinely a ground-breaking deal that enables us to provide our customer with a turnkey solution that will minimise aircraft downtime whilst driving efficiency and value across all elements of the supply chain.

Aeropeople will set up a Line Maintenance operation at Heathrow to support front line cabin interior maintenance as well as establishing a deeper scheduled maintenance and refurbishment operation in the Virgin hangar at the airport.

Following a recruitment and training drive, work on the first aircraft was expected to commence the week of 11 January 2021. 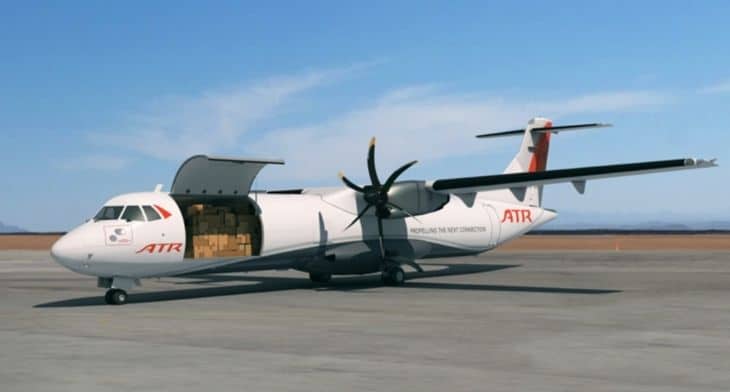 “In today’s competitive aviation landscape, it is imperative to constantly evaluate best-in-class partners, and Liebherr was able to deliver not only cost-effectiveness, but, most importantly, performance enhancements,” said David Brigante, ATR Senior Vice President Programmes and Customer Services. “Liebherr’s footprint in our ATR family has now been expanded from pressurisation and anti-ice components to bleed and air management systems as well as ground cooling systems,” he continued.

Under the ATR Global Maintenance Agreement (GMA) Liebherr-Aerospace will also be the exclusive product support provider for the new air management system worldwide. The 10-year agreement will be carried out by Liebherr-Aerospace’s service stations in Toulouse (France), Singapore and Saline, Michigan (US). Developments are well under way to provide ATR with cutting edge technology that includes predictive maintenance services. 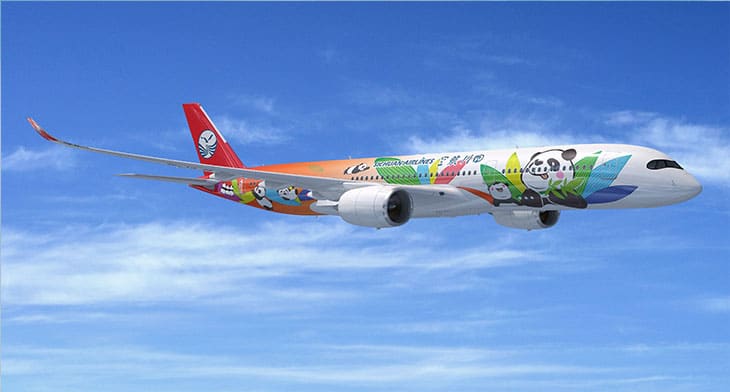 Sichuan Airlines has selected Honeywell’s 131-9A auxiliary power units (APUs) for its A320 fleet of aircraft to help reduce flight delays and cancellations and create a more pleasant flying experience for passengers.

As part of the five-year agreement, Honeywell will provide the 131-9A APU for the Chinese carrier’s 93 new A320 aircraft that will enter service by 2025. The agreement also includes retrofitting the airline’s 141 existing A320 aircraft with the same Honeywell APU, making this the largest APU retrofit deal in Honeywell’s history.

Providing electrical power and air conditioning while a plane is on the ground, an APU is a critical piece of aircraft equipment. It helps ensure passenger comfort and supplies the air source before a pilot is ready to start the main engines.

“We are pleased to collaborate with Honeywell,” said Li Yue, Executive Vice President of Sichuan Airlines. “With the aviation industry being significantly impacted by COVID-19, reliable and innovative products and solutions are highly demanded for airlines’ recovery and future development,” Yue added.

Having first taken to the skies in 1950, Honeywell has built more than 100,000 APUs since then. More than 36,000 are currently in service across both fixed wing and rotary wing aircraft and in 2009 the Honeywell 131-9A APU on an Airbus A320 played a critical role in the emergency landing of US airways Flight 1549 in New York’s Hudson River. 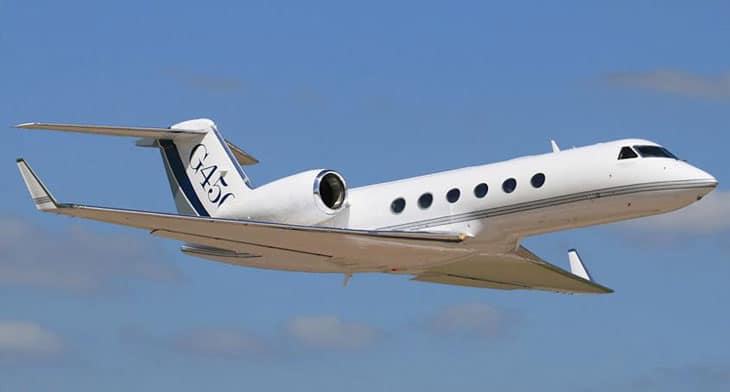 The A-Level bundle includes a new state-of-the-art Collins Aerospace Venue cabin management system along with an interior upgrade, with exclusive estimated savings of approximately USD200,000 when completed together.

The install replaces the original ACMS and the CMS-1 system and can be performed at any one of West Star’s four full-service, authorised Collins Aerospace dealer locations in East Alton, Illinois, Grand Junction, Colorado, Chattanooga, Tennessee or Perryville, Missouri.

Estimated installation for this limited time offering is 8-12 weeks and can be scheduled in conjunction with any other maintenance event needed. 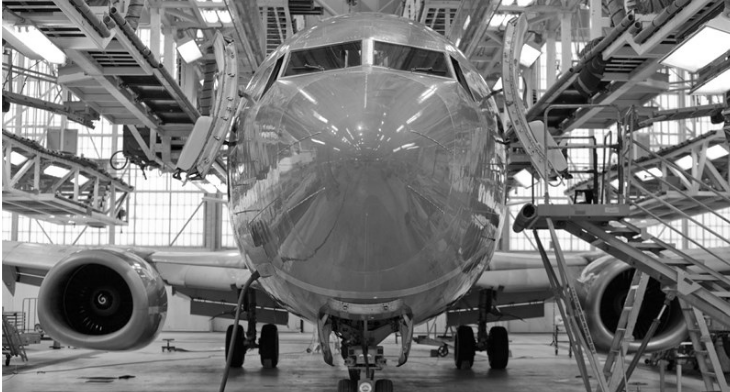 AAR extends its relationship with Viasat

AAR has extended its agreement with Viasat to provide logistics, repair and aftermarket management services for Viasat’s in-flight connectivity products.

“Our goal is to deliver the gold standard in support to our aviation customer base — from factory-new components to their aftermarket needs,” said John Daly, Viasat Vice President, Business Operations, Global Mobile Solutions. “By extending our relationship with AAR, we can ensure we are providing exceptional, comprehensive aftermarket services and support to meet growing in-flight connectivity global demand.” 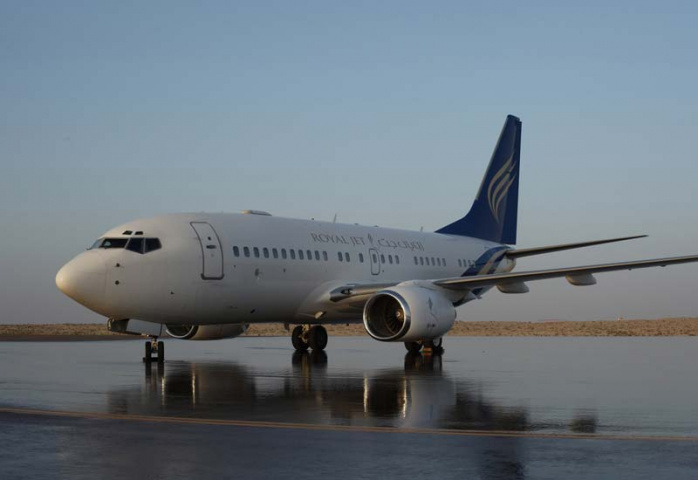 As part of an ongoing refurbishment of its Boeing Business Jet (BBJ) fleet, Abu Dhabi-headquartered, premium private aviation company RoyalJet, is to upgrade a further two aircraft with in-flight connectivity.

Swiss-based AMAC Aerospace has already installed high-speed Ka-band Wi-Fi from Honeywell on one of the aircraft and is further responsible for upgrading the connectivity, cabin systems and all cabin furnishings in the other, the design for which has been conceived by Abu Dhabi-based Slash Design.

These aircraft will be the third and fourth BBJs in the RoyalJet fleet to provide customers with the highest speed of in-flight connectivity available on the market.

“Having the latest Ka-band technology on board four of our unique aircraft is yet another proud achievement for us and evidence of our continuing mission to remain the global reference in premium private aviation. Our customers have been delighted with the Ka band system since we introduced it to the BBJ market four years ago, so we are very excited to give them two more options to choose from. We couldn’t have accomplished this without like-minded partners, such as Honeywell, that share in our philosophy to deliver only the best aviation solutions available in the market,” said Rob DiCastri, CEO, RoyalJet.

The first aircraft has recently been completed and entered back into service, with the second to follow after its full interior refurbishment is also completed by AMAC.

RoyalJet’s fleet currently consists of ten aircraft with a total of eight BBJs, making the company  the largest operator of Boeing Business Jets in the world.

This article, first uploaded on 30 November, has subsequently been updated to include details of Honeywell. 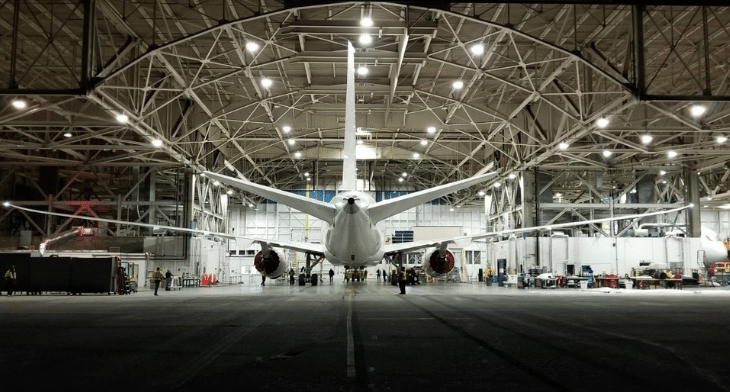 Working closely with the client’s representatives, Greenpoint crafted the bespoke cabin which features state-of-the-art technology and in-flight entertainment and is finished with what Greenpoint says is “an attention to detail beyond a typical V-VIP completion.”

Klaus Koester, CEO of Greenpoint Technologies and the Custom Cabin Division of Safran Passenger Solutions, states: “This delivery represents a continuation of Greenpoint’s unmatched 787 accomplishments. More importantly, our entire team is both humbled and grateful to work with such an amazing client, and we thank all involved for their dedication and hours spent to support this success.”