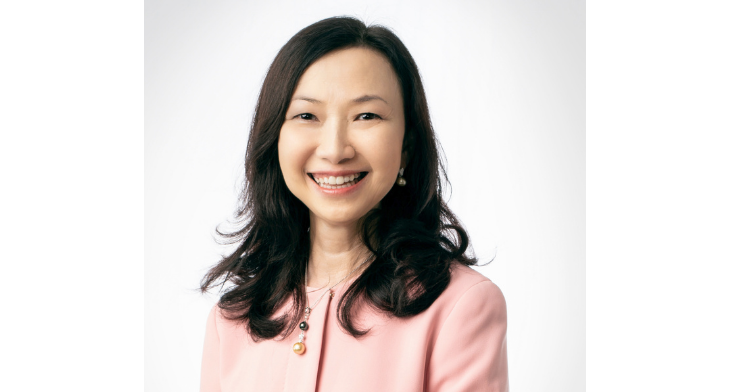 ST Engineering has appointed Tan Lee Chew as President Commercial and also as a member of the Group Executive Committee, effective 1 September 2021. Lee Chew joins from Amazon Web Services where she was the Managing Director, Worldwide Public Sector (ASEAN) responsible for leading new business growth through the adoption of AWS services as an enabler to deliver technology transformation at scale for organisations.

Reporting to Group President & CEO Vincent Chong, Lee Chew will oversee and drive growth for the Commercial cluster, which comprises three business areas: Commercial Aerospace, Urban Solutions and Satellite Communications, and accounts for close to 50% of Group revenue as of 30 June 2021.

The appointment sees Lim Serh Ghee relinquish his role as Chief Commercial Officer. He will remain as Group Chief Operating Officer (Operations Excellence), and also a member of the Group Executive Committee, until his planned retirement on 30 October 2021.

“We would like to thank Serh Ghee for his outstanding service and significant contributions during his 37 years with the Group and wish him every success in his future endeavours,” said Vincent. “The appointment of Lee Chew will strengthen our management team to drive further global success. Lee Chew brings with her significant global experience having spent 30 years in multinational companies in the technology sector, holding senior positions including roles with regional and global responsibilities in sales and marketing, and business transformation.” 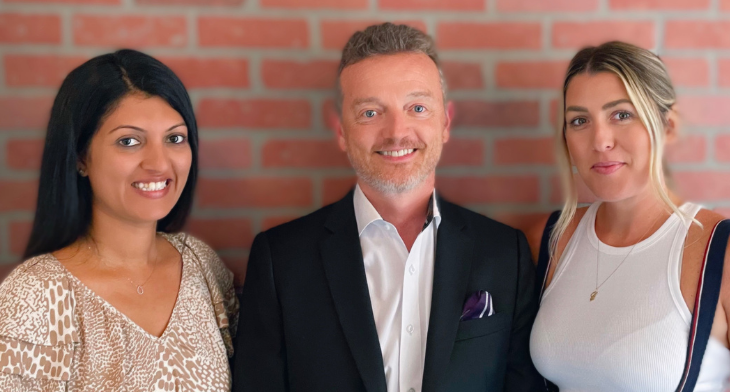 Eric Silverstein has been appointed Vice President, Operations and Technology, as part of a series of new internal promotions. Silverstein will oversee West’s CSP Operations, working in conjunction with The Lab @ West to ensure smooth deliveries for West’s clients, whilst also seeking continuous improvement to processes and the We by West platform to meet the demands of West’s growing client base. He will also manage all new technologies and partnerships – being the key driver of success for West’s DnA initiatives and Jetset AI product.

“I could not be happier with the way the West team has adapted, grown and thrived during the past 18 months – it is their dedication, passion and hard work that are driving West’s continued success.” said Kate Groth, President at West Entertainment. 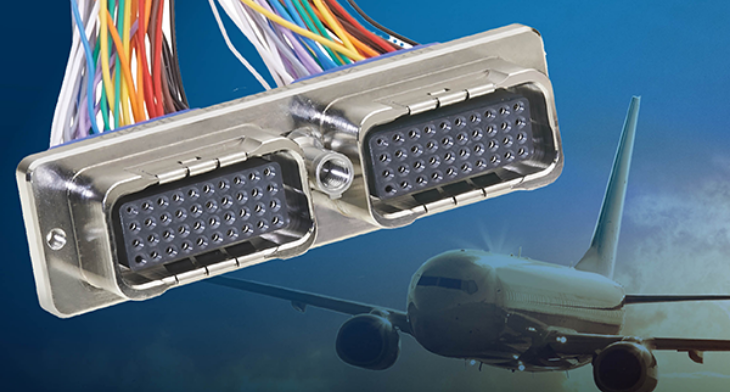 Cinch Connectivity Solutions has introduced its C-ENX range of shells, inserts and contacts for in-cabin interconnectivity for the aerospace industry. The main applications include routing power, signal, and data for avionic systems throughout the aircraft.

Designed to meet the requirements of ARINC 800 and European Standard EN 4644, the C-ENX family features a rectangle profile that provides a reduction in weight and size over the circular connectors currently used by the aerospace industry.

“Every ounce of weight in an aircraft represents an operational cost of approximately US$5,000 over the lifetime of the aircraft,” explained Brad Taras, Product Manager, Bel. “The C-ENX connector line provides a slim, completely modular and expandable solution that reduces size and weight, while increasing ease of use, which will deliver immediate and significant gains to aerospace manufacturers.”

As well as offering higher pin density and lower weight, the design allows for blind mating needed for LRM/LRUs (line replaceable modules and units). The C-ENX line is available in single-, double-, triple-, and quadruple-cavity outlines for panel mount to cable, cable to cable, floating mount and panel mount to panel mount configurations.

The modular design comprises shells, inserts, contacts and backshells, with various options available to suit any aerospace application. The shells utilise the same panel cut-outs throughout the product offering. The modular design supports a more flexible and efficient assembly process, allowing manufacturers to outsource more of the cable assembly or incorporate changes later in the design cycle. This also promotes longevity in service, by supporting simpler maintenance and more efficient upgrades. 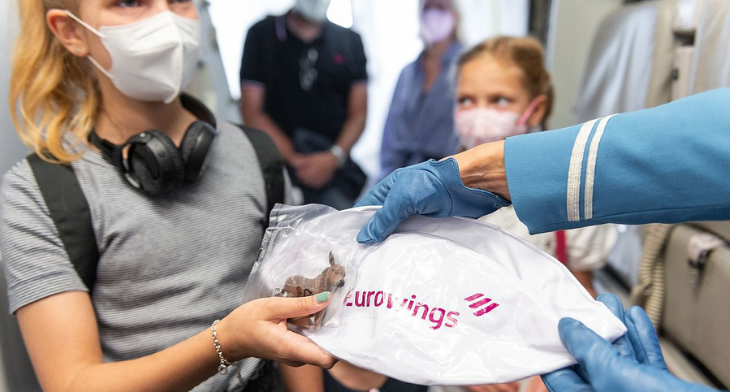 German holiday airline Eurowings is surprising families and children by giving away 15,000 beach balls and 100,000 Schleich animals on selected Eurowings flights from Germany.

Those who take a holiday picture with an Schleich animal and send it in will be entered into the Schleich competition, where passengers can win prizes such as flight vouchers with Eurowings.

Eurowings crews are currently handing out a total of 15,000 beachballs to parents and their children on numerous Eurowings flights from Germany.

“Beach balls are reminiscent of carefree and exuberant beach days at popular sun destinations such as Majorca, the Greek islands or Italy, which we are increasingly flying to again. Animal figures from Schleich have been among the most popular children’s toys for generations. After the long period of lockdown, we are delighted to welcome families onboard of Eurowings flights this summer and offer them these gifts as a gesture of appreciation” said Lorenza Maggio, VP Product, Customer Experience & Marketing at Eurowings. 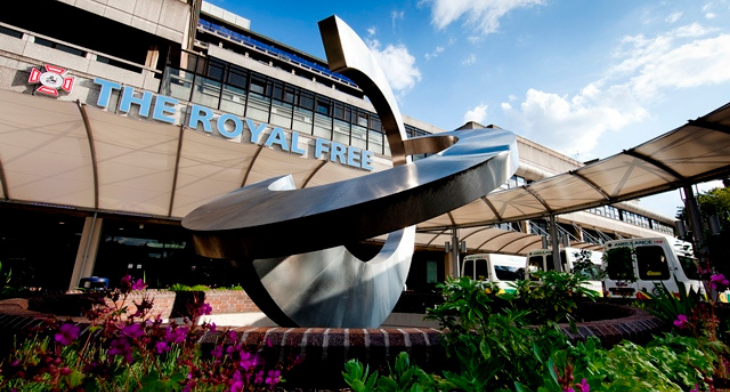 ABM has successfully redeployed hundreds of team members from the aviation segment into the UK’s NHS to support COVID-19 related activity.

The move, underpinned by work for the Royal Free London NHS Foundation Trust, has protected jobs in the short term and created an opportunity for future growth within healthcare.

Dave Cauvin, Commercial Director at ABM Aviation said: “It has been an honour to support the Royal Free London NHS Foundation Trust at such a crucial time in our history. The success of the partnership has been down to the transferable skills and talent for service demonstrated by our team members.”

Other considerations included the approach to cleaning during a pandemic. As well as ensuring cleaning of high touchpoints was effective, ABM’s cleaning team also needed to be highly visible to provide assurance to patients and hospital staff and service plans were designed accordingly.

Cauvin continued: “All of our partnerships are based on trust and collaboration, and that approach naturally extends to self-regulation. Through ABM’s Business Intelligence tool “ABI”, we are able to share a dashboard summary of the key aspects of our service delivery, such as percentage of tasks complete, any issues of note, equipment availability, staff presence, training compliance and more.

“This means both our operational managers and our client’s nominated representatives are able to see our team’s status in real time. This is a fresh approach to accountability; simple reporting against clear targets so all parties have absolute confidence in the partnerships we put in place. 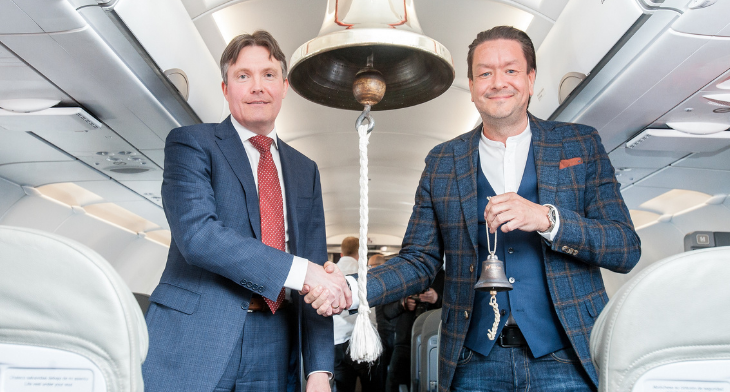 “After a successful IPO, our inaugural flight and now trading of our shares, these past few weeks will be remembered for a long time here at PLAY. Our staff has worked wonders and we are well prepared to maximise the opportunities post-Covid. I think we can be allowed a little optimism now that we can start rebuilding Iceland’s aviation and tourism sectors,” said Jónsson. 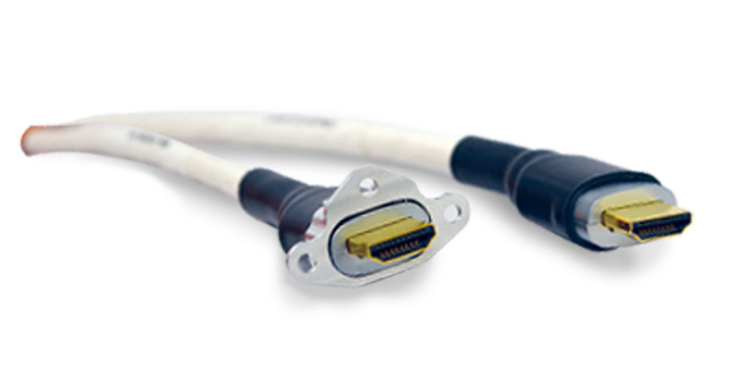 CarlisleIT will debut its HDMI 2.0 Locking Cable Assemblies, the latest in high-performance HDMI cable assemblies for aircraft cabin management. Fully qualified to support 4K ultra-high-definition displays at 60 Hz, these cable assemblies are made to order in customer-specified lengths. The cables can also be configured with or without locking accessories to secure against vibration and ensure reliable performance in an aircraft cabin environment.

In addition, CarlisleIT will showcase a new High-Performance Ethernet Cable: the NF24Q100-01(HP). The latest in CarlisleIT’s family of data cable products, it’s tested at 1 GHz up to 100 feet to provide reliable performance at extreme data rates in a lightweight, compact, RoHS-compliant, 100-ohm quad construction.

“We’re very excited for these announcements, as both products are part of our efforts to engineer high-reliability and high-performance cables that can withstand even the most data-heavy aviation applications,” said Jeff Behlendorf, Director of Product Management for CarlisleIT Integrated Products. “This show, our first trade show since before the pandemic, will be a great opportunity to reconnect with others in the industry and show them what we’ve been working on.” 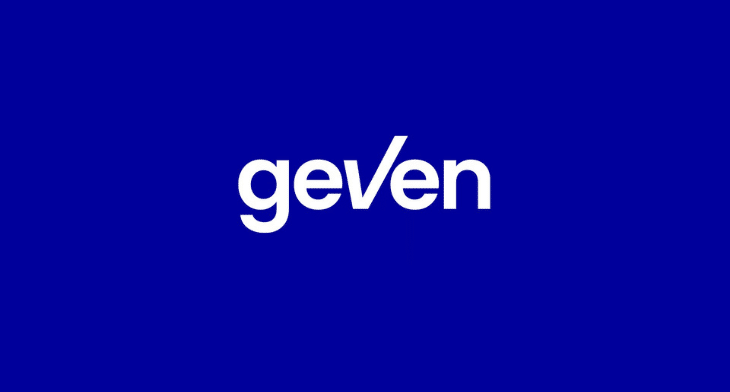 Geven ushers in a new era with rebrand

Geven has launched a new brand identity to better reflect the strength and vitality of its evolution and growth.

Geven believes the introduction of ‘the blue V’ “reinforces who we are today and embodies our dynamic approach to the future of aviation interiors.”

“This new, young, vibrant look is part of the company’s strategy which will support us when communicating our significant evolution as we reach out and engage much more actively with the airline companies and OEM’s,” commented Daniela Spinelli, Marketing and Communication Manager at Geven.

“We trust that our new payoff “Fly around the world, tailor-made in Italy”, will provide us with a more consistent and far-reaching brand identity which will contribute to determine a new way of customer engagement with us in the future,” added Spinelli.

“We are a famous global brand with a lot to say to the world. Our Blue, Vibrant V, will represent our Iconic way of doing it,” stated Alberto Veneruso, Managing Director at Geven.

“We will challenge conventions. We will understand our client’s needs. We will walk alongside them while we co-create high quality, innovative, Italian design aircraft interior solutions that will stand the test of time,” he added. 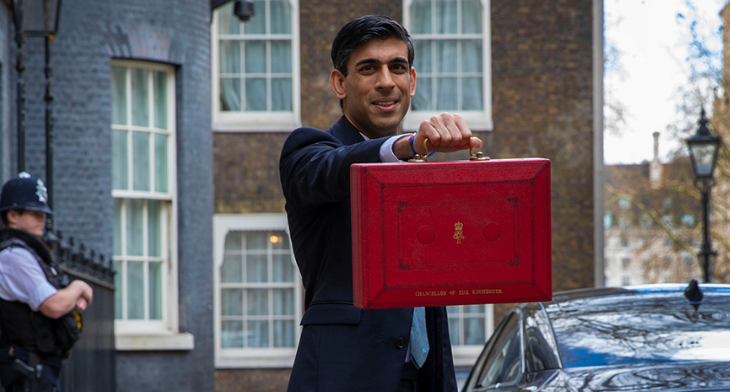 Wednesday’s UK Budget was notable for not only its support for the hospitality industry, investment and innovation sectors, but also for its lack of focus on the retail and travel markets.

The silence has not gone unnoticed, but many observers and stakeholders have reacted with incredulity.

Karen Dee, Chief Executive of the Airport Operators Association, said: “Aviation has been the hardest-hit sector in the pandemic, but the Budget is blind to the impact of the near-complete shutdown of international travel.”

BALPA General Secretary Brian Strutton said: “The Chancellor said not one single word about aviation in his budget. I am utterly dismayed that he can ignore this industry which is clearly going to be the last to recover from Covid.

“This is a massive slap in the face for the industry that has supported repatriations, brought in vital supplies and faced never ending changes to restrictions and rules and a total shutdown as a result of Government policy.

“This budget could push many airlines further in to a death spiral and cost even more jobs.

“We must now look to the vital Global Taskforce report on 12 April to give our aviation industry certainty and security and help us to plan a way though this crisis.”

The Global Travel Taskforce’s recommendations are aimed at facilitating a return to international travel as soon as possible “while still managing the risk from imported cases and variants of concern”. Following that, the government will determine when international travel should resume, which will be no earlier than 17 May. 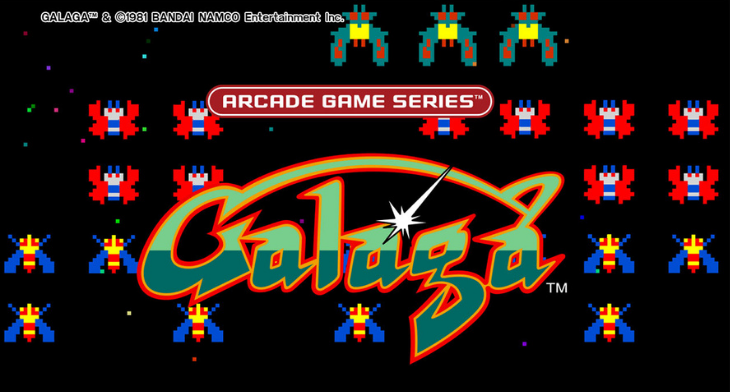 Until the end of the 20th Century, nostalgia was regarded as a psychological issue. However, recent academic and scientific studies have proven the contrary.

In 2017, a study by the University of Southampton, found that once people enter into a state of nostalgia, their moods are elevated, their self-esteem is boosted and they feel more content.

Last year, Netflix released an ‘Arabic nostalgia’ season in the run up to Eid during lockdown. All titles came from the 1970s and ‘80s. The hope was to create a sense of connection and shared reminiscence during the enforced period at home.

So, it’s no surprise to see airlines tapping into this stream, as they begin preparations for a recovery of air travel.

British Airway, for example, has already teamed up with celebrity chef Tom Kerridge for its short-haul menu, which includes British favourites Warm Steak and Ale Pie and Ploughman’s Sandwich.

Now, gamers can re-run their misspent youth following the impending availability of retro games on IFE systems offered by Panasonic.

The company has partnered with Bandai Namco Entertainment Inc, the developer behind such multi-million-selling video game franchises such as Pac-Man (the best selling arcade game of all time) and  Galaga, the follow-up to the acclaimed fixed shooter, Galaxian.

With so many of us being grounded for so long, airlines are hoping these connections to the past will allay any fears of returning to flying and a bright new future.