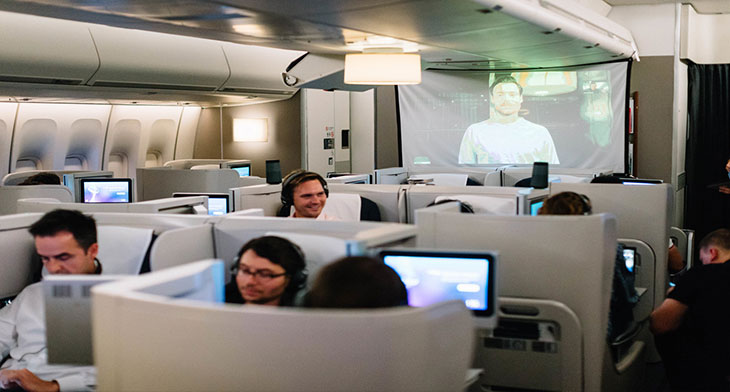 A British Airways flight hosted a Pitch on a Plane competition using on-board Wi-Fi to give five start-ups the chance to pitch their ideas to a host of judges on board the flight including Alex Cruz, British Airways Chairman and CEO and leading tech entrepreneurs, investors and CEOs.

The start-ups were on the ground in the UK while a team of judges cruised at 30,000 feet on the flight to London Heathrow from San Francisco (12 June).

Following the pitches and a Q&A session, the judges chose three finalists who pitched their idea face-to-face at the Founders Forum in London the following day. Experts taking seats on the judging panel included the President of WeTransfer and GM of Robotics at Google X.

Alex Cruz, Chairman and CEO of British Airways, said: “Being able to run a pitch process between the ground and the air is something we’d have never dreamed possible, now with the introduction of high-speed Wi-Fi at 30,000 feet it’s a reality. We look forward to harnessing the talent that exists globally to remain at the forefront of aviation.”