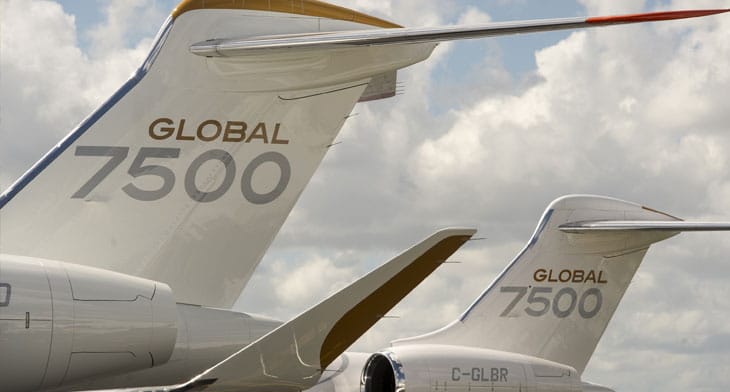 On entry into service the Global 7500 aircraft will offer an award-winning interior featuring a full-size kitchen and four living spaces.

The aircraft will also debut Bombardier’s patented Nuage seat, which will be exclusive to the new Global family of aircraft.