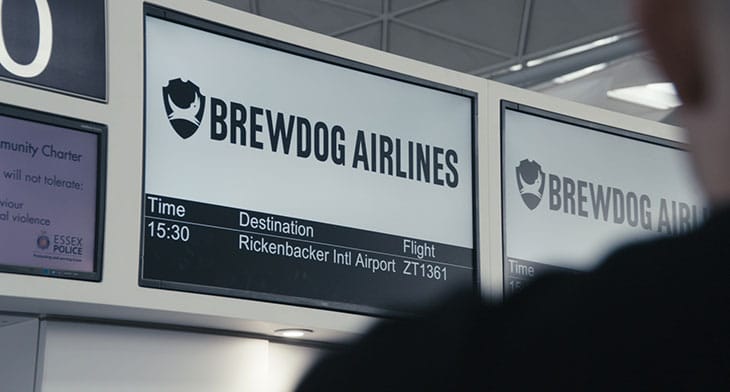 Aberdeenshire brewer, BrewDog, has flown more than 200 beer fans on a chartered Boeing 767 for a four-night round-trip to BrewDog’s US HQ.

On board BrewDog Airlines passengers were treated to a unique beer tasting led by co-founders James Watt and Martin Dickie, sampling BrewDog’s limited-edition beer, Flight Club. The 4.5% IPA was brewed specially for the journey, and designed to be enjoyed at altitude, where a reduction in smell and taste sensitivity are often experienced.

James Watt, BrewDog cofounder said: “We’d had enough of being served mediocre, lifeless beer on flights so we decided to show the rest of the world how it should be done. You shouldn’t have to settle for substandard beer just because you’re 35,000 foot in the air.”

The BrewDog Airlines in-flight menu featured dishes carefully curated and paired with a range of BrewDog beers for passengers to enjoy, served by Cicerone trained cabin crew. The Cicerone Certification Program has become the industry standard for identifying those with significant knowledge and professional skills in beer sales and service.

Guests on board the plane were greeted with BrewDog Airlines care packages, each containing a BrewDog blanket, beanie hat, branded BrewDog in-flight magazine, and a can of the Scottish brewer’s flagship craft beer, Punk IPA. iPads loaded with original content from BrewDog’s digital TV channel – The BrewDog Network – were also supplied to each guest on the flight. On the return leg, branded toothbrushes and eye masks were on offer.