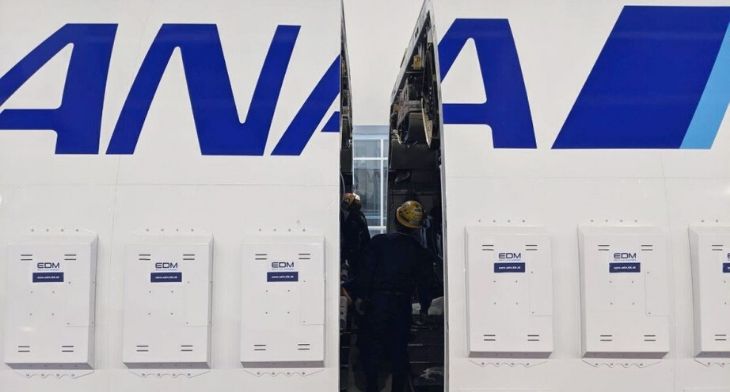 EDM completes B777 CEET project for All Nippon Airways

EDM has completed a project with All Nippon Airways (ANA) following the installation of a high-fidelity B777 Cabin Emergency Evacuation Trainer (CEET) at their new, state-of-the-art training centre, ANA Blue Base.

EDM paid particular attention to the critical dimensions within the cabin such as distances from attendant stations to door open and close handles, indications and warnings, distances to emergency equipment and simulation of other features that underpin the achievement by the crew of critical training objectives.

The CEET is designed for ease of operation from an instructional perspective with particular attention being paid to the speed and ease (efficiency) in which a training scenario can be set up, instigated, de-briefed and repeated via the unique EDM Safety and Emergency Procedures Training Reality Engine (SEPTRE) system.

The B777 CEET was designed and manufactured to be broken up into modules for ease of transport and delivery to this unique facility, entering via an access point in to the second floor.