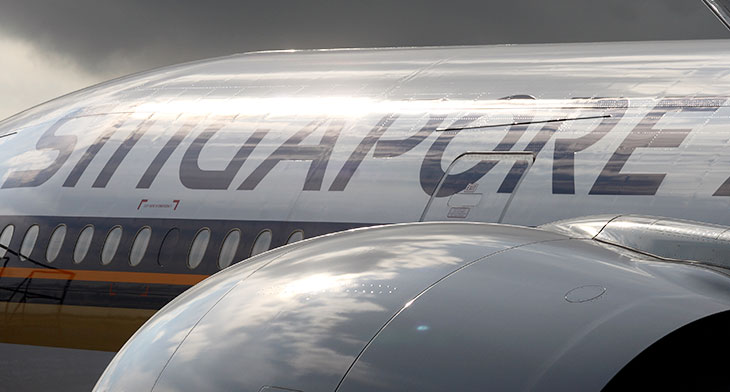 Singapore Airlines has released a new music track featuring ambient sounds collected from its Airbus A350-900 in order to commemorate the launch of non-stop flights to Seattle.

The track is a collaborative creation between the airline and Seattle-based artist Chong the Nomad, and forms part of SIA’s campaign ‘Seattle Sounds Even Better Now.’

The instrumental track, titled ‘Non-Stop’ features an arrangement of sounds from the A350 aircraft (which will be used to operate the flights) and cabin sounds, such as the noise of the engines, clinks of silverware, the seatbelt click, the ding of the flight attendant button and even an in-flight announcement.

Other sounds, including the taps on the tyres of the A350’s nose-wheel or the whirrs of cockpit controls are embedded as beats and bass – these sounds are mixed with Chong’s signature pop-electronic style.

“Seattle is known for its rich music scene and is home to major musical influences such as Nirvana, Pearl Jam and Jimi Hendrix. With the launch of our first flights to Seattle, we wanted to have a little fun and pay a contemporary tribute to this heritage by creating a music track that’s completely one-of-a-kind,” said Campbell Wilson, senior vice president sales and marketing, Singapore Airlines.

“Working alongside up-and-coming producer and beatsmith, Chong the Nomad, we’ve created a brand new track by remixing sounds collected directly from our Airbus A350, and we’re excited to share with everyone the final product of this innovative and playful collaboration.”

The new Seattle services expand the airline’s US reach and will be operated by an Airbus A350-900 aircraft fitted with 42 Business Class, 24 Premium Economy Class and 187 Economy Class seats.

The Seattle services are also the latest among SIA’s US non-stop flights to offer wellness initiatives from wellness brand Canyon Ranch, including sleep strategies and guided stretching exercises via the in-flight entertainment system, and curated cuisines by Canyon Ranch’s chefs and nutritionists.

Throughout September, the KrisWorld IFE system onboard most SIA flights will feature a special mix of films, music and TV shows referencing Seattle.

Also, from 3-14 September, customers in Premium Economy and Economy classes on the Seattle flights will be offered complimentary 30MB WiFi text messaging.