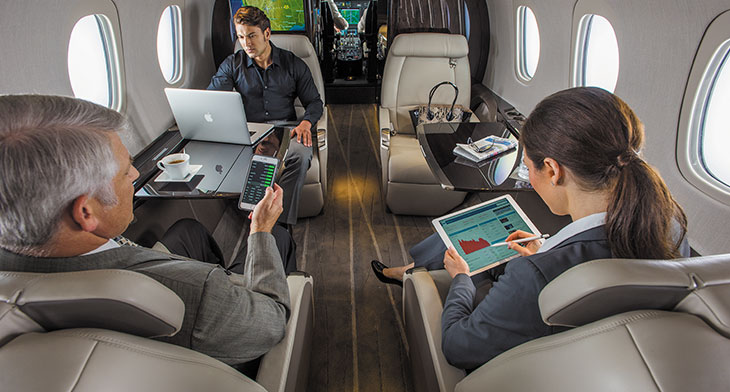 The authorisation allows SmartSky to embark on the full-rate production of its 4G LTE aircraft system as well as STCs for numerous business aircraft models.

Avidyne has secured a PMA for the production of the airborne radio, while AeroAntenna received PMA for the manufacture of SmartSky’s aircraft antennas.

“SmartSky has examined every aspect of airborne connectivity, seeking better ways to deliver Wi-Fi performance and capacity to customers,” said Joe Klein, founder and CEO of AeroAntenna. “As their many demo flights have confirmed, SmartSky 4G LTE represents a quantum leap improvement over the incumbent air-to-ground system. Whether it’s through their advanced technical capabilities as evidenced by SmartSky’s 32 granted patents, or utilising our highly innovative, customised, and active antennas that are now ready for full-rate production, SmartSky is raising expectations for ATG capabilities and consistently delivering.”

The PMAs assure installers, such as Pentastar, Chicago Jet Group, and Clay Lacy, that each of the unique components of the SmartSky 4G LTE aircraft system are manufactured to the same exacting standards. The FAA approval through its Manufacturing Inspection District Offices further facilitates the ongoing supplemental type certificate (STC) process on many popular aircraft models by enabling SmartSky’s partners to more rapidly develop new STCs using the PMA’d components.

“This approval accelerates the full implementation of the SmartSky 4G LTE-based network,” says Brian Campbell, vice president of global sales for StandardAero. “The industry demands more options when it comes to inflight connectivity, and I’m confident SmartSky 4G LTE answers that need. It is hands-down the best performing network I’ve ever experienced. This certification is an important milestone in allowing customers to experience first-hand transformative in-flight communication services in both the cabin and cockpit.”

SmartSky’s 4G LTE-based network has been live since 2017 with the launch of nationwide service in 2018. More than 55% of the sites needed to provide US coverage are in their final stages of deployment. Sites specified as “final stage” include those currently being up-fit with production radios, production antennas, and ancillary equipment, as well as those sites already complete and on the air.