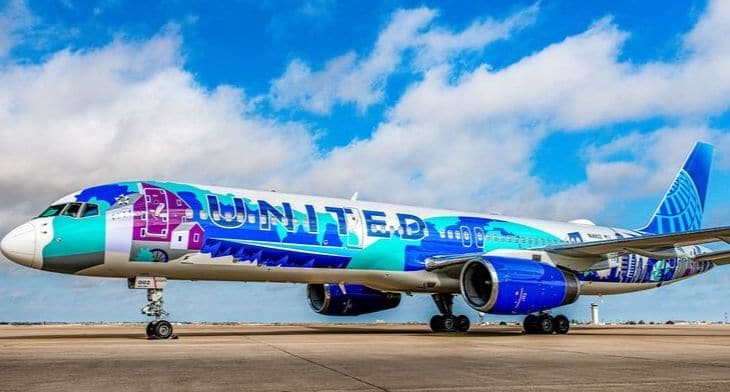 United Airlines has welcomed a new and unique livery to its fleet as part of the Her Art Here contest.

Designed by artist Corinne Antonelli as part of the Her Art Here contest, the livery was created as a tribute to the New York/New Jersey region the airline serves from its Newark Liberty International Airport hub.

The Boeing 757 features iconic imagery from the two states, including the historic Red Mill in New Jersey, the New York City skyline and the Statue of Liberty, as well as a globe to signal the airline’s connectivity.

The Her Art Here competition offers underrepresented female artists the chance to use an aircraft as their canvas and inspire other women around the world interested in a career in the arts. According to the National Museum of Women in the Arts, while 51% of artists are women, less than 13% of art on display in museums in the US is by female artists.

“My goal as an artist is to have people experience my art rather than just view it in a gallery, therefore having it displayed on an airplane has certainly been the most rewarding feeling I’ve ever experienced in my art career,” explained Antonelli.

The California livery is set to be unveiled in the coming weeks. 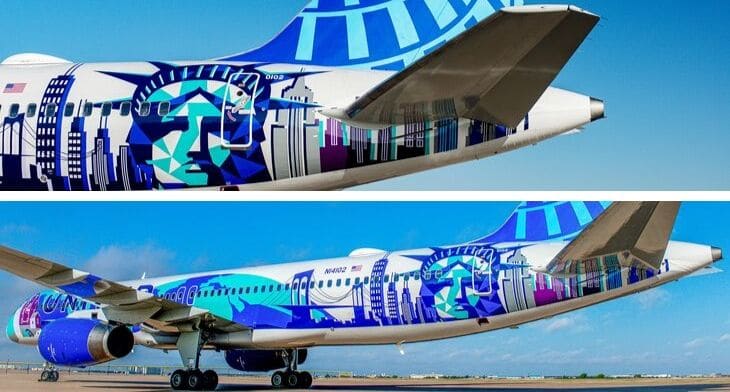