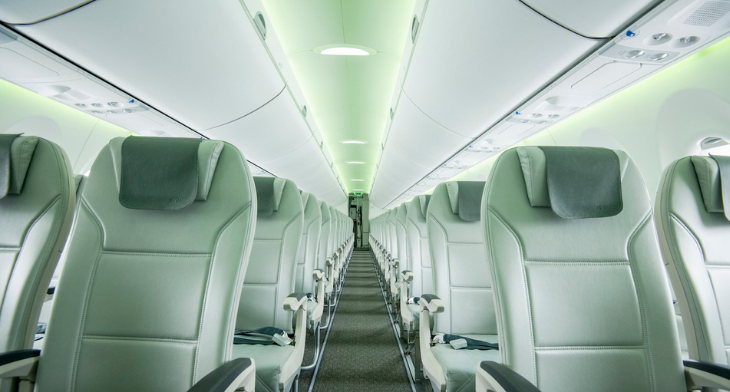 Latvian airline airBaltic has revealed its Airbus A220-300 fleet is undergoing a gradual change in cabin configuration to 149 seats, unblocking additional seating that couldn’t previously be used.

Martin Gauss, Chief Executive Officer of airBaltic, said: “In late February we received our first airBaltic Airbus A220-300 aircraft, which is certified to operate up to 149 seats. Until now we could use 145 seats on the aircraft. However, going forward also, our existing fleet will be adjusted to use the additional capacity, which will further drive efficiency of our operations.”

As of 5 April, the carrier has changed the cabin configuration for the first five of airBaltic’s 33 Airbus A220-300 aircraft and plans to unblock the additional seats on its entire fleet by summer 2023.

airBaltic has been operating all its flights with a single aircraft type, the Airbus A220-300, since May 2020. The carrier says this minimises complexity and provides additional efficiency and its Airbus A220-300 has performed beyond the company’s expectations, delivering better overall performance, fuel efficiency and convenience for both passengers and staff.

The A220-300 has an air filtering system equipped with a High Efficiency Particulate Air (HEPA) filter that provides the best level of filtration currently available for recirculated cabin air.

The new aircraft is also considerably quieter, with a four times smaller noise footprint and, according to airBaltic, is the greenest commercial aircraft in the world and the first aircraft to have a transparent declaration of the life-cycle environmental impact, helping to reduce CO2 and NOX emissions by 20% and 50% respectively.