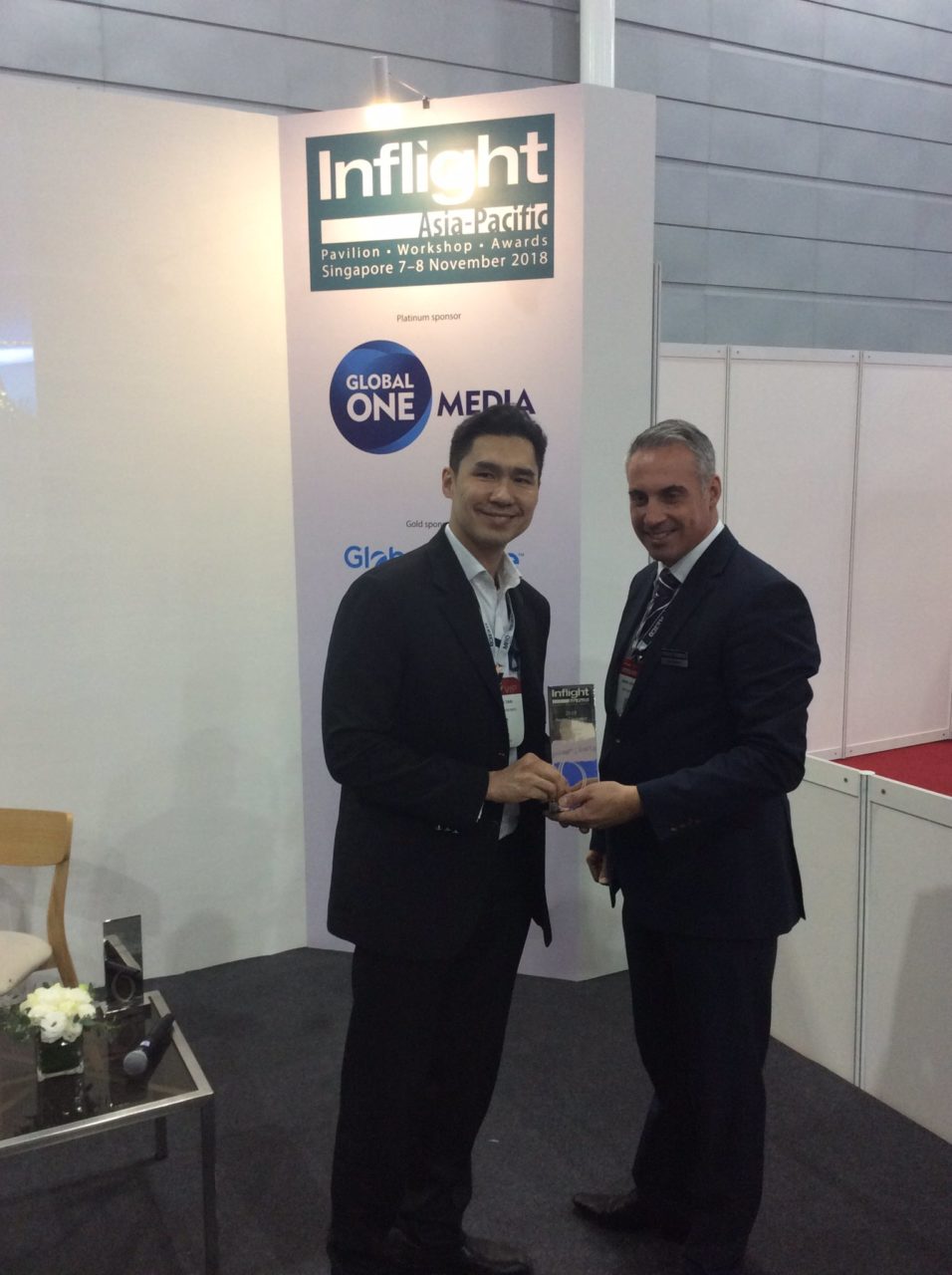 The Inflight Asia Pacific, Pavilion, Workshop and Awards returned to Singapore on 7-8 November, with industry professionals gathering to discuss key topics in the in-flight entertainment, connectivity and cabin technology sectors in an expanded two-day event for 2018.

The Inflight Asia-Pacific Workshop was opened by APEX’s Jon Norris, who gave an insight into the ‘golden age of air travel’. Rather than being behind us, the introduction of new technologies such as biometrics, VR and others mean we have lots to look forward to. According to Norris, there is a healthy willingness on behalf of passengers to pay for services/experiences and he encouraged airlines to continue to invest in value.

Rather than focus upon the traditional ‘battle of the band’, under the guidance of the session moderator, Valour Consultancy’s co-founder Daniel Welch, the panel looked at the attractiveness of the mobility market and the respective merits of LEO, MEO and GEO constellations. There was a consensus that bandwidth price is important, and that the end-user experience needs to be better managed. As one panellist remarked, ‘airlines don’t care about the complexities, they just care about the solutions.’ 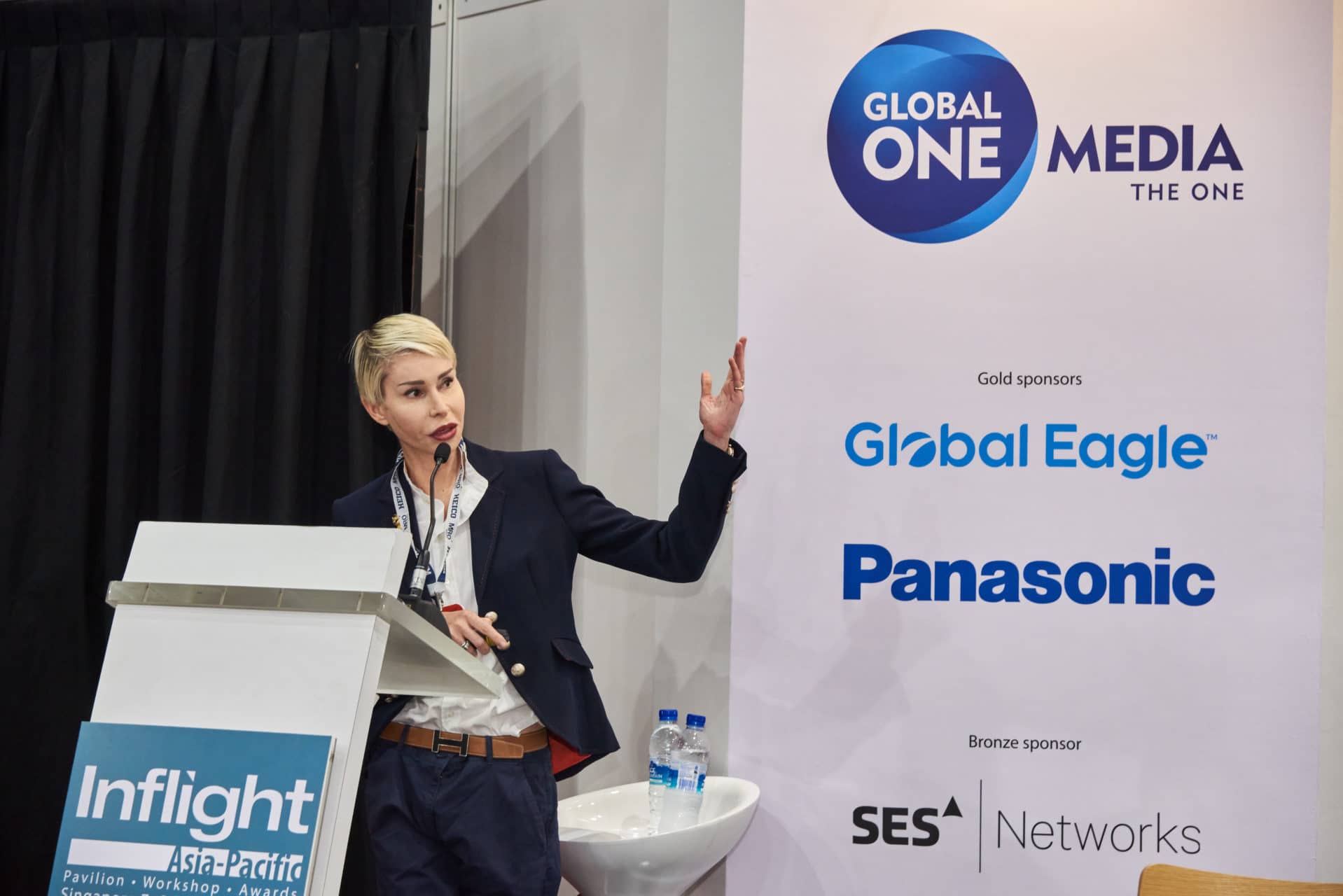 Dr Florence Jennings, CEO of Detalytics led a presentation on the health and safety implications of Ultra Long Haul (ULH) flights on passengers and crew. Dr Jennings highlighted the use of analytics and AI solutions to discover more about the impact of ULH flights to better manage the wellbeing requirements of passengers and crew. She suggested that this also extends to the potential of new airline products and services.

After lunch, Alan McInnes, SVP Sales of ACRO Aircraft Seating and Jere Tala CCO of local seating manufacturer AirGo Design discussed many pertinent issues in seating, including legislation surrounding minimum seat size and the distance between rows of seats on commercial aircraft. Also discussed was the value of pitch as a metric of comfort.

Looking ahead, it seems that cabin densification will continue apace, with first class being largely abandoned and business class cannibalised by the continuing rise of premium economy.

Taking a different tack to the traditional debate regarding the future of embedded screens, the panel agreed that seatback solutions and BYOD are complementary rather than competitive, each offering different benefits to the airline depending upon the product/marketing strategy of the carrier.

With W-IFE now emerging as an accepted platform, there was a consensus that software really was the key differentiator going forward. Enhanced GUIs, more frequently refreshed library content, accessibility, platform agnostic content and interoperable operating systems will continue to drive the market for IFE – a market expected to be valued at around US$5 billion by 2020. 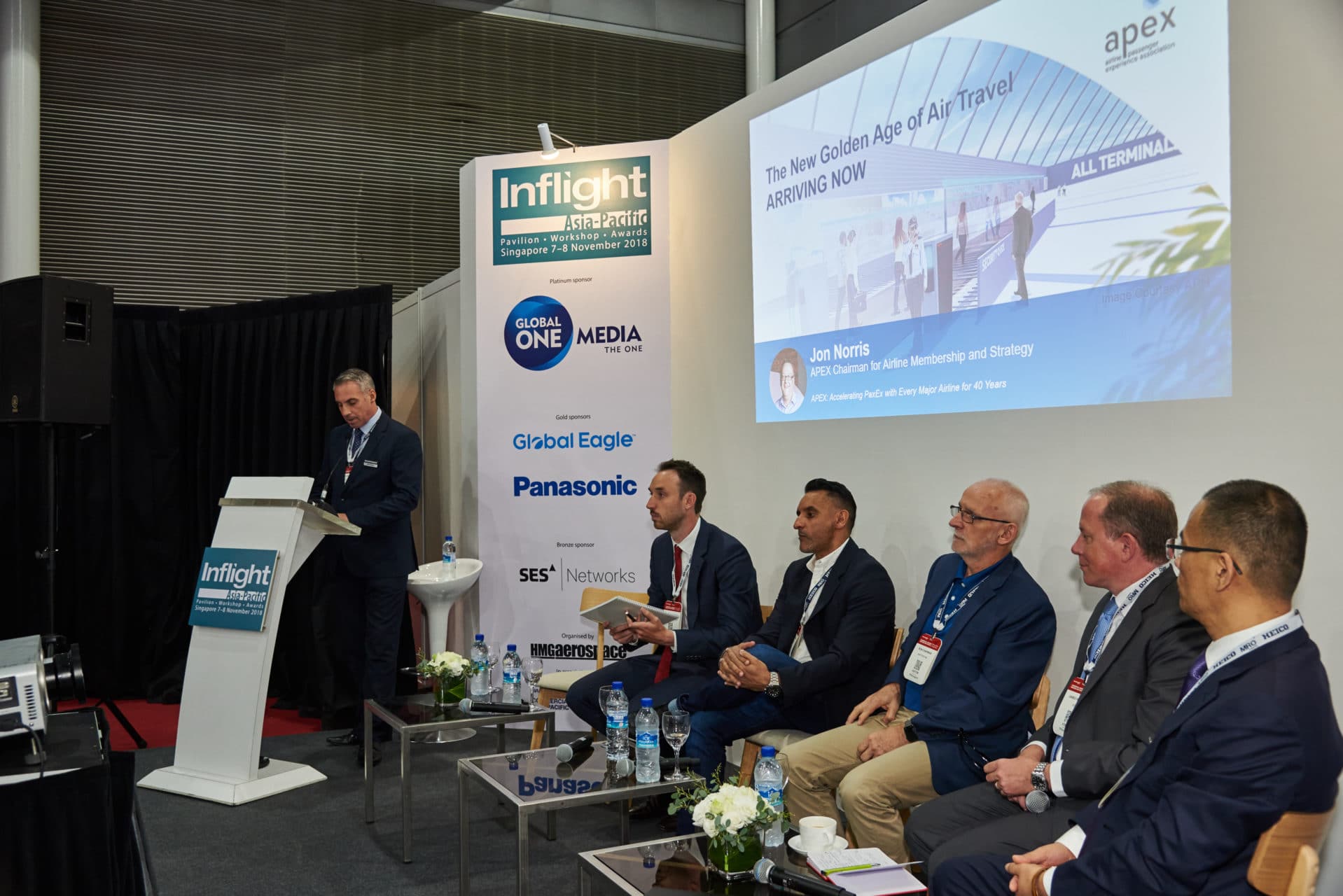 The second and final day of this year’s expanded Inflight Asia-Pacific Workshop began with a debate on connectivity. Valour Consultancy’s Daniel Welch oversaw proceedings and was joined by Honeywell’s senior director, connectivity services John Peterson, Gogo’s VP of International Sales, APAC Alexis Girin, Victor Brault marketing director, Asia Pacific and India of Global Eagle and Chris Rogerson regional director, APAC for Inmarsat. Up for discussion was the need for a holistic approach to connectivity provision with a general agreement that this means more than just for passenger connectivity, but operations and ancillaries too.

The next session saw Daniel Welch present the preliminary findings of Valour Consultancy’s Connected Aircraft Airline Survey – the first time these results have been shared publicly.

Based on the responses of 35 airlines, the survey confirms the move towards personalisation to enhance passenger experience as well as for airlines keen to differentiate themselves from their competition. Of the major considerations over IFC, reliability and total cost of ownership were revealed as most pressing.

The final panel addressed the growing importance of ancillary revenues for airlines and how vendors are helping carriers move beyond seat value and over to passenger value – assisted by technology and connectivity. PXCom’s in-flight director, Jakub Borys, Flightpath 3D’s Jon Norris and digEcor’s Stu McGraw were on hand to talk about the nuances of ancillaries and the future paths for carriers.

Day two of the event concluded with the traditional and eagerly anticipated Inflight Awards, celebrating outstanding contributions to passenger experience across the in-flight entertainment, connectivity and cabin technology domains with Singapore Airlines taking the top prize with the award for ‘Inflight Airline of the Year’.